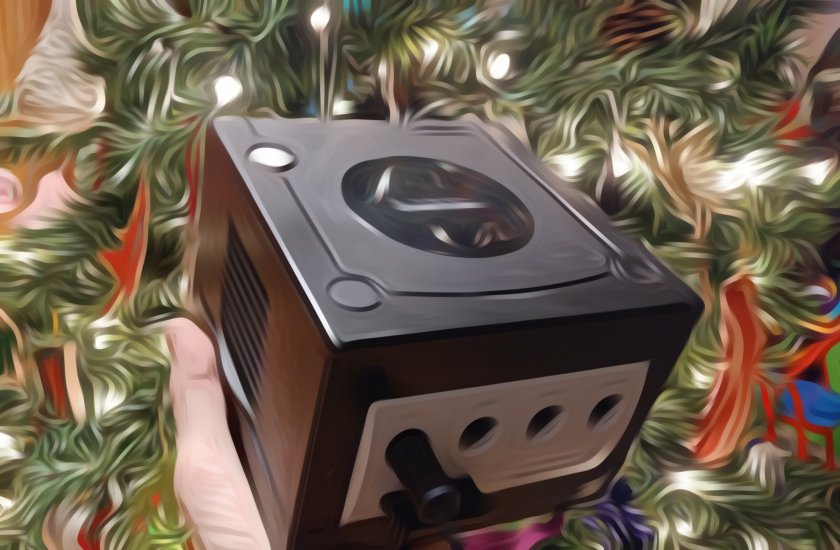 Christmas is indeed the most giving-est time of the year, when we are compelled to dig deep into both our hearts and wallets in order to show our closest friends and relatives how much monetarily value they actually mean to us. When you are a little kid, all you have to worry about is making everyone in your family crappy art projects like wobbly-ass ceramic ashtrays and pictures crafted of crayon and dried macaroni. Those were the days weren’t they? Those days, long ago, when you actually took pride in your job.

As we get older, the both the gift budget and expectations of recipients increase to the point that you have to start taking cash out of your weekly beer money fund and start putting it in your Christmas jar, beginning in the summertime. I’ve like to believe that I have been pretty fiscally responsible with my spending for most Christmas seasons, as I refuse to use credit cards and money I don’t have for gift buying, since I think paying off a deluxe Keurig over the course of several years at 25% interest is insanely stupid. I just prefer to use whatever funds I have available for the holiday, which ensures that no matter what, every Christmas a one-time-only payment.

Normally your typical list for gifts starts with your family, your best friends, and then your extended family you may or may not see that year. If you are in a band like I was, that means you also have a secondary family to also buy gifts for. There is already an underlying economy that already exists within the microcosm of being a musician, so there can be some weird tension when it comes to Christmas spending. Do you buy your bandmates something personal? Do you get them a gag gift like ten different blow up dolls? Do you buy them the supplies they need like steel-wound strings, patch cords with no dead spots or drumsticks? Are you supposed to get them a brand new Accord as required by the overly religious Happy Honda Days commercials?

But what made it especially difficult for year after year was the amount of pride I would have to swallow when accepting overwhelming gifts from J.R. every season. J.R. was a lead singer, and was also a guy who was always too broke to pay for anything, and the registration tags on his Trans-Am were always 5 years expired. Despite never having three dollars in his pocket at any given time during the year, he would always manage to overwhelm all of us with his insanely expensive gifts which were impossible for me to try to outdo, or even come anywhere close to matching in dollar value, leading to me the holidays making me uneasy.

One year, I think I got him a cool framed painting I came across, and he got me a gigantic box that had at least 30 Gundam Wing action figures (still in their packages, including all mechs and variant versions). The next year, I got him a big Dragon Ball Z alarm clock or something and he got me a new-fangled Xbox, which was impressive since this was the very first year they were out. I always assumed that particular gift was the end result of him mugging somebody’s grandmother to a bitchin’ Creed scored montage. Christmas time gift exchanges within the band started to feel like exercises in public shaming as J.R. would wow all of us with incredible and expensive gifts, and then be reduced to begging all of us for gas money after practice a few weeks later.

After he spent well over $400 dollars on just me that Christmas, and I went super cheap on him, I figured his need to impress was quenched. The next year, I decided that I was finally going to outdo him as I started reaping some of the cooler benefits from working at a game store part-time. I fell into a couple opportunities that netted me copies of Dragon Warrior II, III and IV while on the clock. Back then, absolutely nobody gave two shits about NES games, and my store paid the guy who sold them to us $0.50 for each one! After taking them in, I could buy them at cost from the store for two dollars each, and that price is even a steal for trash like copies of Super Mario Bros./Duck Hunt. I used my connections to finally get the chance to one-up J.R. (this job is also how I got my hands on all those rare games I have in storage) I had no qualms about giving these Dragon Warrior sequels away, since I am not a huge fan of the series or slow-as-fuck-all mechanics, where you have to go through 4 sub menus to search the patch of grass you are standing on.

I made sure this year that he opened his gift first, and when he saw the three copies of Dragon Warrior, he totally lost it. I grinned confidently since I had finally won a battle. I managed to give him a thoughtful and expensive gift that was going to (finally!) top whatever he got me. As I smugly began opening his gift, once again, I was in disbelief that I had been bested yet AGAIN! J.R. got me a black Nintendo Gamecube, with an extra controller and three games: Pikmin, Luigi’s Mansion, and Star Wars: Rogue Leader. Sadly, again I had been obliterated in the Christmas Gift War of 2002.

While I understood the monetary value, I was perplexed by his decision of gifting me that system in the first place, since I had never expressed interest in the Gamecube or any of the games on it for a nanosecond. At the time, I was a massive Sony fanboy and just wanted to raid tombs with triangular boobs and rap along with Parappa during every waking moment I was not at work or rehearsals. The Gamecube was too kid-friendly and cute for my tastes at the time and it sat in my room untouched for several months.

It wasn’t completely useless to me, as I would dig it out occasionally to play some SSX: Tricky when I had some wintery urges, but those urges were far and few between. Once I began the process of moving every couple years like a drunken gypsy with poor decision making skills, the Gamecube and all the crap for it got put inside a box and I would move it around town with me, just so I could store it inside a new basement or attic.

This fall, for some strange reason, I got an insatiable desire to play some Wave Race for the first time in over a decade. I have both an N64 and a Gamecube copy, and so the hunt for one of the systems was afoot. I couldn’t figure where I stowed the N64 (I have at least 20 boxes of different games and systems all over the place) and the N64 looks like warmed-up dog shit on an HDTV anyways, so I figured instead that this time I would go out to the garage and dig out my long-forgotten Gamecube.

I love the Wave Race series fondly, since I played the shit out of that game in the late 90’s. It was an N64 launch title, and it took Nintendo almost two years to make any sort of new games for it after it launched, so it was always either that game or Mario 64. The Gamecube version of Wave Race was an improvement over the original with the insane amounts of corporate advertising, entrancing wave physics and slick graphics. It turns out that I love jet ski games, even though I have never once tried riding one (since taking on Class IV rapids while strapped inside a leaky boat is more my thing, anyways). In the Gamecube version, the loading screens for each level are transparent title cards that are “submerged” underneath a thin layer of “water” and are mesmerizing, as you can manipulate the water and the ripples with a flick of the controller. This is the only game I’ve ever wanted in all my years of gaming for the loading screens to be longer. I absolutely love bodies of water that you can see through like glass, and this graphical touch reminds me of kayaking across the placid surface of Bear Creek Lake or snorkeling in the sapphire drenched waters of Carribbean.

So I’ve been playing a ton of Wave Race the last two months, and have also been playing the shit out of SSX: Tricky as well. My affinity for these well-made games has spurred me to increase my Gamecube collection for the first time in like, ever. I used my eBay prowess to buy classics like F-Zero GX, Mario Kart Double Dash! and a bunch of shovelware crap that sounded good at the time, but after booting up has not aged nearly as well. I only have one tiny CRT TV in the house, and currently it has 8 different systems plugged into the component lines, so that little corner of the house looks like a wire monster shit all over the place.

It’s hard to believe that the Gamecube (and most of the software) is nearly twenty years old! My system still runs quiet and smooth, and honestly, the graphics don’t look or feel as dated as you think they would. The games still have a certain freshness to them, where the older PS1 games tend to look like polygonal diarrhea. After I got a new memory card, was then able to pick it up and play a few races on a whim and then go back to whatever I was doing. Even though I have Red Dead Redemption 2 available at anytime to play on a 65″ 4K TV downstairs, I still think I spent more time playing and enjoying my old Gamecube on a tiny shitty TV more over the last couple months. If you never got a chance to enjoy one, I highly recommend getting your hands on a used ‘Cube and enjoy some of the most polished games made before the HD revolution.

Thank you for the present, J.R., even if it took almost two decades for me to realize how great this gift really was. Hope you finally got some registration tags for your car after all this time, but I’m not holding my breath.

Spoiler Alert: I will be working on a review of Street Racing Syndicate soon!