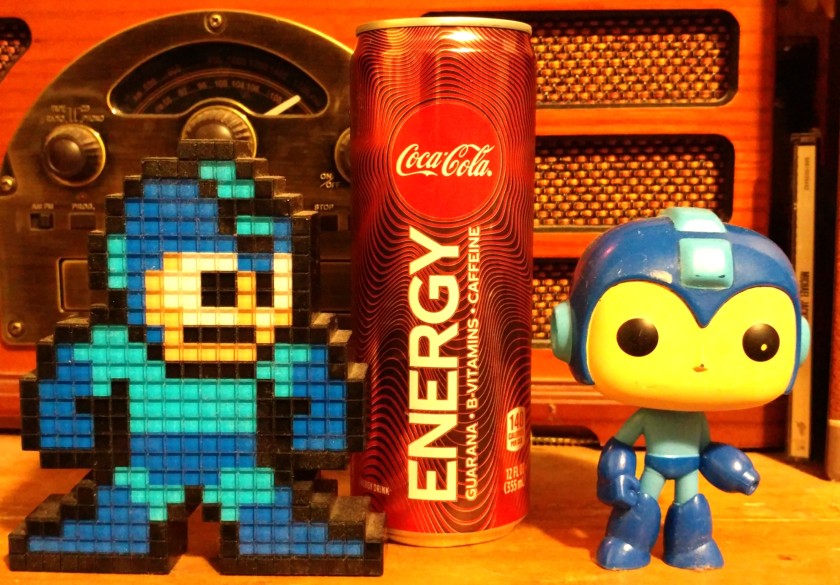 From time to time, we can all use a pick me up, and sometimes coffee just won’t cut the shit. We need gallons of SUGAR, CAFFEINE, and TAURINE injected directly into our bloodstream in order to binge the newest season of Gordon Ramsey Yelling “Raw!” at People. While the premise of 5 Hour Energy shots are a cool alternative to coffee, it never really lives up to the promise of 5 hours of pep, and it tastes like pink lemonade flavored plastic juice. Now that coffee and energy shots have been eliminated, the only thing you have left in your arsenal to battle the sleepies are…

Yes, you indeed have a wide selection of caffeine heavy hitters, all bathed in sweet tribal tattoo designs and plenty of X-Games sweepstakes offers. The only problem with them is that in order to contain XTREME ENERGY is that they are required to taste like XTREME ASS! You can only put a legitimate energy drink on the market if it tastes like the base ingredient is Clorox bleach. Even the Patient Zero of the energy drinks, Red Bull, is pretty gross without some Jager mixed in to take that chemical edge off. To be completely honest though, you kinda have to respect Red Bull for building a billion dollar company on the back of a product that tastes like unfiltered rat poison. So in order to get a quick hit of sugary boost, you are playing nothing more than a game of elimination to discover which energy drink tastes the least worst. The constant string of disappointments in this quest will almost always have you going back to your boo, the always faithful Mr. Coffee.

Coca Cola Energy has just recently been released nationwide, and is only sold in a “tall boy” 12 oz. can. It’s the same amount of soda you would get in a regular can of soda, but the can has been slimmed to let you know that this drink is playing with the big boys and it’s not intended for kids. Let’s put this new product through all the paces!

Packaging/Marketing: This soda has a very cool psychedelic can design that uses vertigo-inducing wavy lines. It stands out among the crowd, since it isn’t covered in tribal 90’s bicep tat wrappings. “ENERGY” is presented in big, large font across the can in case you were confused as to what this is.

Taste: The initial scent of Coca Cola Energy is kind of weird, as it smells like how a Coke would smell inside an animated cartoon. I can’t really explain what that last sentence even meant, but it’s pretty accurate. The color is exactly the same hue of normal Coke, but it is far less carbonated. As far as taste goes, it almost tastes like (gasp) generic “Cola” you could pick up at any Albertson’s. I think the taurine and energy ingredient crap take some of the bitter taste away from the Coke formula, and I can almost swear I am tasting a tiny bit of bubblegum or iced tea hidden in the aftertaste? I may be wrong in this assessment as I could also be the victim of extreme sleep deprivation which affects all my senses.

Energy Quotient: Coca Cola Energy has 114 mg. of caffeine per 12 ounces, while Coconut Berry Red Bull (don’t judge me it’s good) has 80 mg. of caffeine per 8.4 ounces. I did the actual math and both drinks have exactly 9.5 mg per ounce! It turns out it’s got the exact same amount of wake-up juice as drinking a RED BULL! I tried Coca Cola ENERGY while extremely sleepy, and since then I’ve managed to write 700 words so far so this passes the test for being a reputable starter fluid for the body.

Mixability: I may or may not have chased a heavy shot of Old Forester bourbon with some Coca Cola ENERGY and…. oh it was fucking awesome. If you are looking to get super drunk and have enough energy to clean your house and alphabetize every item in your kitchen, here ya go.

VERDICT: 9.6 out of 10 While it’s not the greatest energy drink ever made, this is an energy drink that proves it doesn’t have to taste like candy-coated battery acid to give you that much-needed jolt you need to get through the day. Coca Cola ENERGY is above all levels of pleasant when compared to literally everything else on the market. There’s a good chance it may end up taking a big share of the profits since they focused on crafting an energy drink that doesn’t taste like complete shit.

I may never pick up another can of Coconut Berry Red Bull ever again.

Teh Ben is a soda blogger, adrenaline junkie, and professional burrito durability tester. He has all kinds of dumb shit going on, like one of those Instagram things, an Applebee’s hate dogwhistle, and a desperately drowning YouTube channel.