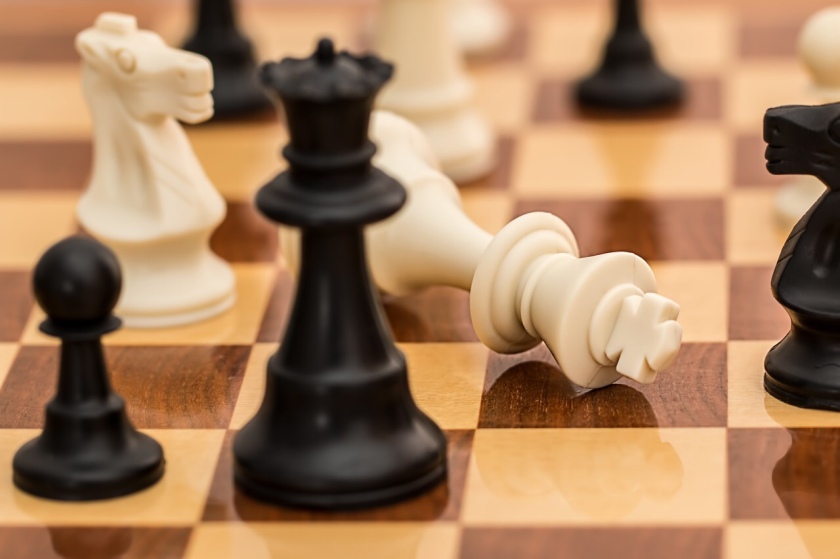 This week on Dragon Ball Z TehBen’s Book Club, we are taking a look at a tantalizing tale delivered by L.C. Barlow. Our focus today will be her horror/thriller book titled using a simple single word: Pivot. Such a title hardly offers any prelude to the story’s plot, unlike other more direct words such as “Scandal” or “Massacre.” My blue-collar mind immediately thought of literal pivots, which seems an unlikely topic for a book now that I’m thinking about it… Maybe it’s an alternate story of how that scene from F.R.I.E.N.D.S. secretly broke Ross, leading him down many dark, twisted paths the show wouldn’t let us see; alluding to a truth we couldn’t handle.

My lighthearted attempts at humor aside, the story actually follows the early life and childhood/adolescence of a girl named Jack, beginning when she’s only 7 years old. We later learn that she is the adopted daughter of an astronomically wealthy man named Cyrus Harper. She, and Cyrus’ biological son, Alex, receive a unique home schooled education inside their fabulous mansion. Private tutors, diverse subject matter, it’s how the elites of the elite are raised. However, their teachings go beyond Geometry or how to play the recorder, Jack is also instructed in the art of murder. Maybe my F.R.I.E.N.D.S. joke wasn’t too far off the mark after all… A key figure in this part of Jack’s upbringing, and additional father figure, is Cyrus’ right-hand man: Roland James.

Just how Roland aids Jack’s instruction is very important to the plot and motives of certain characters, so I won’t reveal it here but it was the main reason I pushed through this book. That’s right; dear readers, I had to fight to get through this book. But, DO NOT misunderstand me, it had nothing to do with the quality of the writing or development of the story/characters. It all came down to my tastes in books usually being the polar opposite of this one. I’ve been told that beneath my rough exterior, I have a heart that is ranked somewhere on the scale between “kitten” and “baby rabbit”. The first chapter hit me with a shock akin to jumping from a sauna straight into an ice bath. Had this been merely a suggested read from a friend, I would have put it down, and re-evaluated said “friend”. However, we here at TehBen are more dedicated to our craft than that. So I wrapped myself up in my most secure blanket, played Pharrell’s “Happy” on a loop, and cautiously went back in.

The incredibly dark beginning aims to put the reader immediately within the shoes and same point of view as a terrified, 7 year old Jack. Starting right out of the gate by being immersed in unspeakable horror creates empathy between us and the protagonist in a way I’ve never seen/felt before. The plot dials back the evil aspects of the story just enough to allow the reader to take root in the story, and fit it within a real-life framework. We come to see Cyrus for what he is, often well before Jack does. Watching this decade-long realization is a driving theme of the story, and keeps the pages turning. Furthermore, there’s also a hint of supernatural forces at play, providing additional motivation to get to the bottom of things.

So coming from someone who has no interest in, or love for this genre, it should carry extra weight when I say: Pivot is an exciting, dark, intriguing, and ultimately enjoyable book. The pacing is exciting, and the development of Jack from innocent child to indoctrinated assassin to an aware, empowered young woman is masterfully done. There are brief moments where the story tries to get a little too metaphysical, and can feel slightly forced, but these are easily overlooked within the context of the overall story. The best news is: there are some open plot points that seem to support the possibility of a sequel. We are given tantalizing little snippets that allude to an even wider world, especially as it relates to those supernatural forces mentioned earlier. I’m absolutely interested to see just where Jack’s story goes. Perhaps there is something to be said of an enjoyable experience coming from somewhere where you least expected it!

Special thanks to Meg Eden and L.C. Barlow for providing a copy of Pivot to TehBen.com for review, and for allowing us to be a part of this book tour. All thoughts and opinions are exclusively that of TehBen.com
Author’s Twitter: @LCBarlowauthor
Purchase Link: Amazon