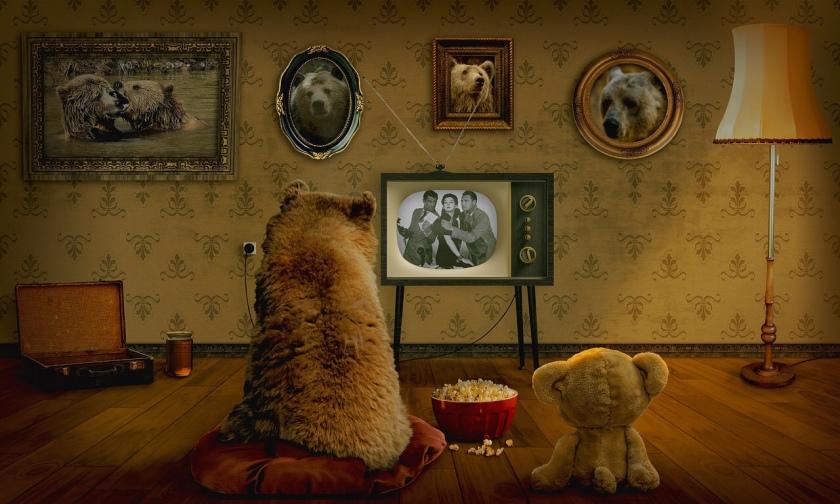 Good evening fellow campers! It’s been a while since I’ve over-explained my current intrusive thoughts and hyper-fixations, so I thought this time I would take it easy on you.

I’ve been walking down memory lane – and with that I’d like to give you a top 10 list of nostalgia ridden horror/thriller movies that shaped who I am as an avid-watcher today, and why. For context, my mother instigated these interests at way too early of an age. A lot of my reasonings are lost – but the love and memories are still there.

In a range of classic and cheese, and in no particular order:

In this well known classic, Amity-Ville is thrown into panic when a massive shark terrorizes the island for no real reason besides chaos, free to roam in a buffet due to a money-hungry mayor desperate for vacationer-dollars.

Ah… the movie that started it all for me.

Much like Dawson Leery of Capeside, (the girls who get it, get it…and by that I mean I’ve been binging and vocalizing it on Twitter) I was a childhood Spielberg fan with the dreams of being a movie maker one day. There are two differences between Dawson and me: I wanted to be an editor, not a director. And Jaws was the only Spielberg movie that was a special interest of mine.

When I tell you this was the movie. You’ve heard of horse girls? Because of this film, I was a shark girl. As early as elementary school, I was checking out any shark related book. Research, how to draw them, if it was there, I borrowed it. Shark tooth necklaces from school field trips? Bought ‘em. At the swimming pool I didn’t just play mermaids… I also played sharks!

I wish I could properly explain why Jaws had such a hold on me. As I mentioned earlier, a lot of my original feelings are lost. What I do remember is how much I loved the suspense of it all. The Jaws theme playing, and all the bumps and creaks, these things gave that rush of scared-induced adrenaline that even as a young child I actually welcomed and searched for.

Yes, I did watch and purchase all four movies on DVD the older I got. Yes, and I also own the Playstation 2 video games Jaws: Unleashed.

Did I finish it? Well, the Sea World level was pretty rough on me…so no.

This one is about a boy named Max whose superheroes are revealed to supposedly be a reality – and they need his help!

I mention this one next, because I feel like it’s the only appropriate way to transition the convo from admitting my shark-obsessed childhood. 10 year old me was in love with Taylor Lautner, and I am confident half of that reason was because of the Shark Boy character himself.

I saw it in theaters, in 3D, while wearing a 3D visual movie merch T-shirt, and actually wanted that to be me so badly. Not soon after, I actually hand wrote fan fiction on a loose leaf paper about “Lava Boy and Shark Girl.”

Unfortunately, It has since been disposed of. Apologies.

The main character Max was lost on me, but the concept of day dreaming things into a reality was something I held with hope for years. I was convinced I could do it too!

There are only two moments that matter to me to this day – that’s Shark Boys break dance lullaby “dream dream dream dream” and George Lopez playing Mr. Electric and asking “Watts…up.”

I was actually going to write an article about this movie on its own, but I don’t think it’s quite time for that yet after all. I gave this one a rewatch after years of hiatus and I’ve unfortunately had realities shattered and new opinions brewed. Until then, the basis of what you need to know is this was definitely a weekly staple for me on the SyFy (back when it was SciFi) channel.

In my rewatch, it came to me that I liked this one so much because it was a less impressive version of Jaws with a crocodile instead of a shark. At first it is, anyway. I’m happy to elaborate on this point in a future article but I’m trying to keep this short and sweet. The truth is they aren’t actually the same at all.

Lake Placid actually has its owns charms and deterrents that are both comical and outdated. Jaws has aged better and will continue to do so, but Lake Placid was truly shocking to reminisce and reassess. Watching these at such an early age is both a blessing and a curse. I was too young to understand the sexual deviance of something so campy and grotesque, but it is great getting to revisit this classic with fresh eyes at all these different points in my life.

Also, Betty White is a quippy dick-yeller and that will always hold up.

I’m really bringing it in hot with all these water monster movies (as well as another SyFy hall-of-famer). One of the things I liked about this one was you never understood what this thing actually was until you saw it yourself. It wasn’t just “it’s a shark” or “it’s a crocodile” because this was some weird genetic hybrid thing and I hadn’t experienced that until then.

Not only was this absurd creature just existing, but it was terrorizing such a small area of people in a bayou who just couldn’t escape anywhere else. At least from my knowledge then and now, there weren’t many movies at this time that capitalized on how trapped the characters were the entire time and just never knew. This monster wasn’t just somewhere they could avoid going near, it was diving into their homes and following them with every step. There was no escape.

I don’t remember much about the characters really, but the weird neighbor grilling Frankenfish heart (a little too soon) was burned into my memory. This was about the time I developed a fear of being alone in water, or water I couldn’t see into.

This one has a facility in the middle of the ocean that’s unfortunately doomed to stay afloat. Their genetically modified shark experiments become too smart to be contained any longer. And that’s why I love it! There’s an actual, explained reason why this is all happening. So many horror movies chalk the monster up to “it just is!” Meanwhile this one gives us an in-depth explanation to the why behind the experiments and even an emotional connection to the sharks terrorizing the group.

And yes, we have *yet another* shark movie and I’m starting to realize maybe I should be sub-writing a top 10 shark movie list.

Anyway, Aside from L.L cool J blessing the “rappers blessing horror movies” time period of the 90s/ early 2000s with a great performance visually and musically, the great plot, Samuel L. Jackson also being in it, you just can’t go wrong.

Speaking of Samuel L. Jackson, he’s on this list for a second time and that is a wonderful thing.

Jackson plays an FBI agent escorting a witness on a plane, but an assassin aboard has unleashed pheromone-induced snakes onto the entire air craft mid-flight.

Most of what you really need to know is that: Cobra Starship, Samuel L. Jackson, and Snakes On a Titty make this a 10/10 experience. No further elaboration is needed.

The Creeper is back to terrorize and prey on fear (and flesh) once again. By trapping a bus full of high schoolers on the road, the Creeper gets a freedom of choice in-between the revenge sought out by the father of the first child that was preyed on in the beginning.

I don’t know for sure how I always saw the sequel instead of the original, but this experience was a thing of nightmares. Most horror movies didn’t get to me, but this one did. Maybe it was because it felt more relatable with teenagers (I was a young child when I first saw it… but still), or once again the trapped location, or even showing the Creeper more often.

After causing an accident due to a reckless prank, Mr. Popular, Landon, is assigned to community service and a theatre production. He learns to love the strongly religious, prude, yet mysterious and talented Jamie.

I know this is a really interesting transition choice, but in the middle of all this shark stuff I did have a “teenage-romance/romcom phase”.

Don’t ask me about the book. All I know was I had a crush on Mandy Moore before I realized I had a crush, and her performance of “Only Hope” took over at least 6 years of my life’s personality.

Landon was the bad boy every young girl dreamed she could tame. Many bucket list items and quotes were formed during the first few play throughs.

Aside from all the horror thrillers I loved, I was just like other girls in other ways. I was a Barbie girl growing up. I refuse to choose more than one for this list – that’s an idea for the future! But I do admit it was hard choosing just one.

Of all of them, this one tugged at my heart strings the most. It wasn’t just another ballet turned into a movie. While I was a sucker for ballet movies (I did take part in ballet for a few years around this time) it was an escape with a picture perfect main character I wanted to be – and she just wanted to move on from her life and be happy. So sweet!

Much like the classic Rapunzel story, She is trapped in a tower by mother gothel unaware of the outside world. Although, Barbies version involves fire breathing dragons, a magic paint brush that takes her to the place of her dreams and answers, and a happy ending with a handsome prince. It’s a perfect recipe for any sad girl’s future top “X” list.

We’re coming to a close by returning to our SyFy roots!

After losing his wife, a man soon inherits a breathtaking glass house. Unfortunately, he – along with two kids and the nanny – are trapped inside with angry ghosts that are ready to spill blood.

This one was just…neat. Intricate detail in the set art, and special effects, won me over for this one. Steve Beck directed this, as well as Ghost Ship, which are both well known for their unique visual gore. It was so intriguing that I just had to keep rewatching whenever I saw it was on.

I’d like to give an honorable mention to Mathew Lilllard, who even in minor roles brings memorable moments to movies like this.

You reached the end!

Did any of these jog some memories for you? Are you interested in seeing any of these you didn’t know about? Let us know in the comments! You can also free to tweet me @OhThatJessUgh with any questions, concerns, or ideas. Thanks for reading!