While it may seem like tehben.com is nothing more than a massive hotbed of sexually charged literature, we have plenty of other interests, too! We really are recognized as America’s Favorite Soda Blog ™ located just a few rungs below prestige of the Mtn, Dew reddit page. We just can’t seem to get enough carbonated corn syrup in our bloodstream, and any time a fresh soda idea hits the market, we can’t help but give all of you our opinions on these new bold flavors.

But what in our collective resume has bestowed us this grand title? Between all of us, we’ve got over a century of soda-drinking experience. We love it all (Diet Mtn Dew excluded). We wish we could go back to the turn of the century and try Coca Cola with actual cocaine in it instead of drinking “Ben’s Magic Elixir” which is nothing more than a disgusting mix of pickle brine and R.C. Cola. I know this concoction sounds horrible, but Teh Ben swears it does wonders for getting rid of those pesky crabs.

Based on our years of expertise and exotic palates, here’s each of our writers and editor’s top 5 picks for the best sodas of all time! Who will stand tall above the rest inside this Mortal Kombat battle of diabetes?? FINISH HIM!!

I’ve enjoyed the New York Seltzer revival, as they have remained 100% true to the original incarnation, all the way down to the use of styrofoam labels glued onto tiny little 8 oz. bottles. Made of all natural ingredients and extremely carbonated, this lightly sweetened seltzer has the perfect amount of orange flavor that distinguishes it from the stuff that serial killers drink (Faygo and Orange Crush). You can still find a few of these hiding in the dusty corners of your local import goods retailers, somewhere behind the squid chips.

This definitive flavor of the 90’s will have you putting your clothes on backwards and have you searching for your favorite hair metal cassette tape! Clear cola was clearly (ha!) nothing more than a gimmick, but they really nailed a unique and refreshing flavor that puts me into a frenzy of consumer rage every time it gets re-released. It’s been a couple summers without Crystal Pepsi, which has this soda blogger wondering if the final nails are indeed the coffin. If you can find some, put on some 90’s Van Hagar and drink some of this RIGHT NOW!

This was an expensive, but pleasant surprise when I finally got around to reviewing it last year. The taste of plump raspberries adds a deliciously sweet dimension to the bitter taste of the Coke. The only negative about this soda is the price point, but I discovered if you decide to eat inside at a fast food place that utilizes a Freestyle machine, you can drink 13 gallons of Raspberry Coke for only $1.99!

Oh, this limited edition soda was 100% my jam. While a mix of half regular Dew and half Code Red seems like a rather tame and pedestrian pitch, this delightful combination takes the chemical edge off the Dew and some of the CHERRY INTENSITY off of the Code Red, striking the perfect balance of taste, refreshment, and sweetness. I love the hell out of this soda and it beats the shit out of any other “holiday” elderberry themed Dew or whatever stupid shit they come up with. Please bring this back as a mainstay Pepsi, just give it an evergreen name like “Cherry Von FrankenDew” or something.

This is a minty cherry Southern julep that tastes equal parts complex and soothing. Even as a kid, I always treated this as an absolute rarity as it was only sold at a single convenience store at the base of Rocky Mountain National Park. I miss this soda every day and I’ve even tried to replicate it with a Soda Stream machine. I’ve never come close, and all I can craft is Ass Soda(tm) and Teh Ben’s Crab Killing Tonic(tm). Kentucky Nip was revived for a short time by Sioux City under the moniker “Cherries N’ Mint”, but it sold abysmally and disappeared within a year. R.I.P. to a true Southern gentleman.

There are a lot of good cherry sodas out there, as nearly every cola company has a cherry additive drink they can be proud of. Something about Wild Cherry Pepsi separates it from the pack however. As a kid, it had a lot to do with the labeling. The red background with the sick AF extreme font, this was a soda clearly only for the cool kids. I’ll admit this thinking didn’t get me very far in life, but I’ll always feel a little more rad when drinking a Wild Cherry Pepsi….TO THE EXTREME!

This isn’t even the best tasting birch beer, as Boyland’s Creamy Red Birch Beer wins on taste alone. Still, when taking in the entire scope of the soda, Pennsylvania Dutch is the clear winner. If nothing more, consider how god awful butt ugly the label and logo are. The weird heart with the unreadable text on a background of jaundice inspired yellow…clearly when the soda is that good there’s no need to be flashy with the packaging.

IBC makes a lot of neat sodas, and are perhaps best known for their root beer, but it’s their black cherry flavor they should be most proud of.  Black cherry sodas are hard to pull off without tasting sickly sweet, or like the medicine your grandmother makes you take when you’ve got a bad case of the breakbone fever. IBC Black Cherry is as close to perfect as a soda can get, and I’m always a sucker for a cool glass bottle.

This was a soda that consumed my entire life during the late spring of 2019. Finding some became my personal cause, and after finally tasting it, all my dreams had finally come true. With so many flavors it’s like having a new experience every time you drink some. Almost certainly this soda will never be released to the public again, but I’ll be able to forever enjoy it as a sugar-highed fuzzy memory. 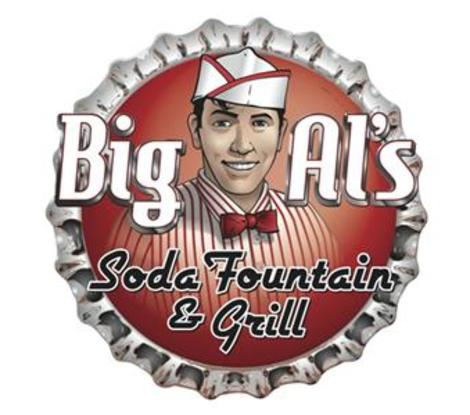 Let me explain. If you’ve ever spent a week vacationing in the Outer Banks of North Carolina, someone has certainly told you about Big Al’s. This 50’s era-themed restaurant is a few miles south on Ocracoke Island, and it is well worth the ride down from your resort. One of their many unique items on their menu was Chocolate Coke. This was not a “sanctioned” version of the classic drink the way Cherry or Vanilla are because the exec’s of Coke are cowards. As best as I could tell it was comprised of regular Coca-Cola and Hershey’s Chocolate Syrup. I’ve never been able to accurately re-create the mixture on my own, but needless to say my chocoholic 10 year old self was in heaven. 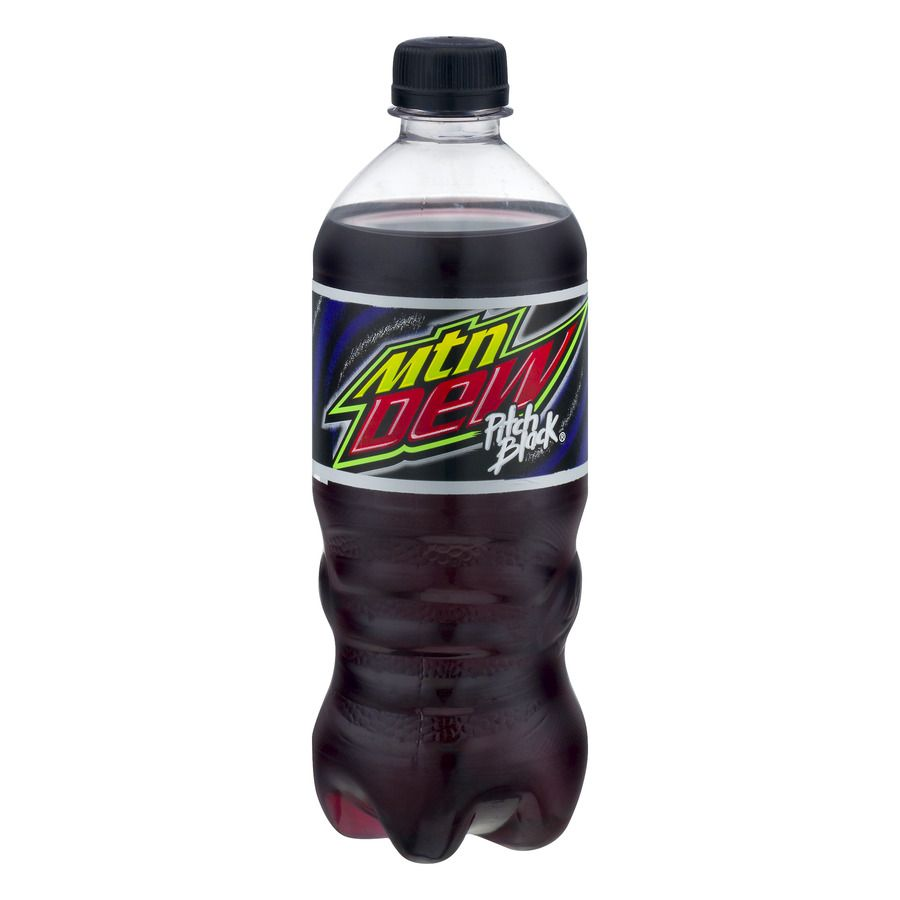 If I didn’t include the purple variant of TehBen’s most-written about soda, I’d probably be disowned. Be that as it may, I legitimately love this limited edition Dew. Grape is one of my favorite flavors for everything: soda, jelly, cough syrup (I’m a monster, I know), so this has to make the cut. 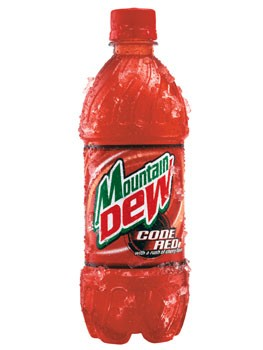 I know what you’re thinking: “Nelson, two Mountain Dew flavors in a row? Are you overcompensating in order to please Matt?” No, dear reader, this one has to be here due to the sheer volume of it I consumed in my youth. Back when Code Red first came out, my friends and I were so excited for something beyond normal Dew. We drank so much that in 30 years there will likely be an add on whatever Netflix that opens, “Have you or your loved ones ever consumed Mountain Dew: Code Red in an amount that could be characterized as ‘gallons’? If so you may have the lingering effects of Red 40 Poisoning and may be entitled to financial compensation.” My organs are still recovering years after kicking my habit.

In my memory this came out roughly the same time as Code Red, after its Coke variant was released, but still sometime during my adolescent years. Pepsi’s version of a vanilla-tinged cola was smoother and sweeter to my teenage tongue. I loved it and it absolutely destroyed me when it was no longer sold in my areas’ convenience stores, while that heretical Vanilla Coke trash stands there to this day. I’ve heard tell that it can be found in select grocery stores, but nothing will rival the days of getting one of these bad boys from a vending machine with my leftover lunch money. 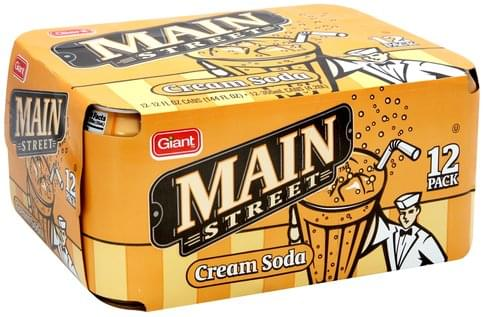 If my previous entry didn’t already establish my fondness for vanilla flavored liquids, that ends now. I can remember the name and place of the person who first introduced these to me. God bless him. These were a Giant Foods exclusive, and when I tried my first one, I thought “Surely this is what the Gods drink up in Valhalla.” It was smooth down your throat, creamy and delicious…. No this isn’t a Smut Vault piece but the description is accurate. It’s amazing I still have all of my teeth given how many of these my friend and I would guzzle down (along with an entire bag of Reese’s mini cups) while playing Halo’s 1/2 all night. Ahh… youth… take me back! *eyes water*

Teh Ben trains feral cats to do his bidding, and is currently trying to design a motorcycle made from nothing but flea-covered felines. Follow his stupid exploits on Twitter, his IG page, or just leave some stupid fucking comments on his YouTube channel.

Matt has made a career of punching home-invading ninjas in the face while making enough old fashioned food to feed the Union Army. You can find him on Twitter.

Nelson is a man of pure class. When not reviewing erotica he’s getting very angry about baseball. Follow him on Twitter