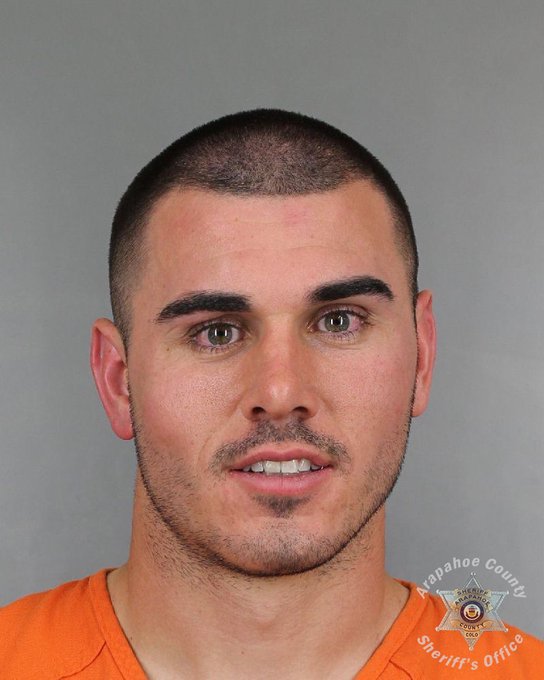 ENGLEWOOD, CO – Following Chad Kelly’s failed attempt at a quarterback sneak into someone’s home and subsequent asymmetrical mug shot on Tuesday morning, John Elway and the rest of the Broncos coaching staff have decided that his “bad boy” antics are desperately needed for the face of the team. Historically, the Broncos have suffered for decades by keeping a full roster stocked with nothing but the oldest players at every position. The Broncos are currently the only team in the NFL with a full sponsorship from the AARP.

On the evening of October 22nd, several Broncos players hosted a secret Halloween costume party at the Gothic Theater at 3263 S. Broadway. Players were instructed to dress up as cowboys to show unwavering allegiance to the dark lords, Dak Prescott and Jerry Jones. These instructions were mostly ignored, as most of the Broncos players came to the party dressed as Teletubbies or Rick James. As the evening progressed, Kelly began to get restless as he practiced the only play he is competent in, the Kneel. Out of boredom and despair, he then decided to the best way to improve his situation was to eat an entire sheet of “Rainbow Brite” themed LSD he purchased at a rave the night before. After about an hour after ingestion, Kelly stumbled out the door and was confronted by Denver wide receiver Demaryius Thomas who appeared to have caught him at first, but still managed to drop him.

Kelly proceeded to run off into the night, being chased by clouds of purple dragons and winged Guy Fieris. He then broke into a random house, sat on the couch and began mumbling in Klingon and other Star Trek-themed languages until he was attacked by the homeowner who managed to hit him over the head with the newest model line of Dyson vaccums.

Kelly then managed to make his way back to the Gothic where he was easily identified by police by his costume. Kelly’s attire at arrest was nothing more than a Raiders cutoff T-shirt and he told officers that he attended the party as Sloth from The Goonies. He was then booked in Englewood Municipal with a bond of $2500. No word on if the arresting officer was guilty of roughing the passer, as Kelly is Caucasian.

“He’s really brought his A-game out, and I think this bad boy behavior is what this team needed” quipped an excited John Elway on Wednesday morning. “Hopefully he can improve on this first step with a future unregistered firearms charge or maybe a domestic violence or two. The sky’s the limit for this kid!!”

When asked about finally getting the coveted start at the quarterback position, Kelly replied “B’turak yllly hyyplty Hrrtgh!!!” with a genuine feeling of accomplishment in his voice.

Broncos management and Elway have also sent out warm welcomes and invites to other “bad boys” in the league such as recently released wide receiver Rae Carruth and tight end Aaron Hernandez.

h/t to field reporter Mike Jones for help with this breaking story.