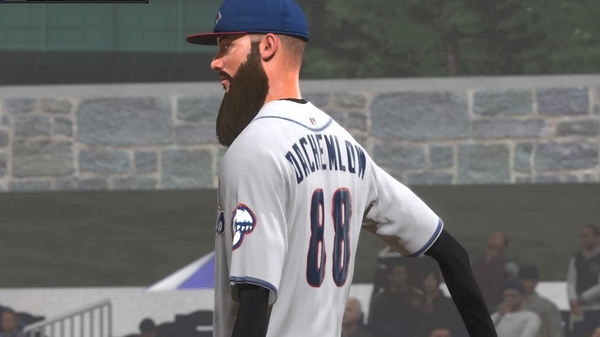 Last time on Life Without a Fastball, we met the soon-to-be-legendary Zippy Dachemlow as he somehow managed to slog his way through the Topps Prospect Showcase. Soon after pitching his first practice games, Zippy was drafted by the Toronto Blue Jays and his quest to take over the MLB was well underway. In this episode, let’s pick things up as Zippy is about to play his first real game…

Naturally, when Zippy received the draft day phone call from the Blue Jays, he assumed he was headed straight for the big team, and could begin fulfilling his duties. However much to his chagrin, Zippy saw no recognizable landmarks from his research of Toronto when he peered out the bus window. He saw no CN Tower, no Humber Bay Bridge, and there was definitely no Cinesphere. As he stepped off the bus, he was quickly met by a tall distinguished figure who he assumed was the team’s general manager.

As with every hopeful big leaguer, Zippy is going to need to prove himself in the minor leagues. By using the “Road to the Show” game mode in this case, it means every hero’s journey begins with playing some Double A ball. This sad reality means that our hero Zippy Dachemlow is now officially a resident of New Hampshire. They might not know it yet, but the Fisher Cats will forever be known as the first team to house the future premier hurler of the game. Looking at the rotation, Zippy is pitching as a 5th starter, which thankfully gives him the chance to watch a few games and learn a few more basics of baseball. After taking an endless series of notes, and watching the first couple hours of Ken Burns’ baseball documentary, Zippy was ready for his big day.

At first glance, it’s obvious that professional baseball was not prepared for this semi Walter Johnson style of pitching. Most early batters are left bewildered by Zippy’s Screwball-heavy attack. While the odd base hit is surrendered, most of Trenton’s beleaguered nine are left grabbing pine, hopeful that this is some sort of sick practical joke.

All was not well in Zippy-town though, as the extra arm action and lack of training are quickly wearing out his noodle-like appendage. Deep in the game, Zippy makes a booming pronouncement to the bench during the middle of an at-bat, knowing no other way of communicating his concern.

Oh, Zippy…… As Trenton’s batters lick their lips at this obvious “tell” of a statement, New Hampshire’s manager angrily yanks Zippy out of the game and his first professional start is behind him. While learning some late inning discipline will be at the top of the coach’s training plan, the Fisher Cats can hang their hats on some particularly stout statistics. 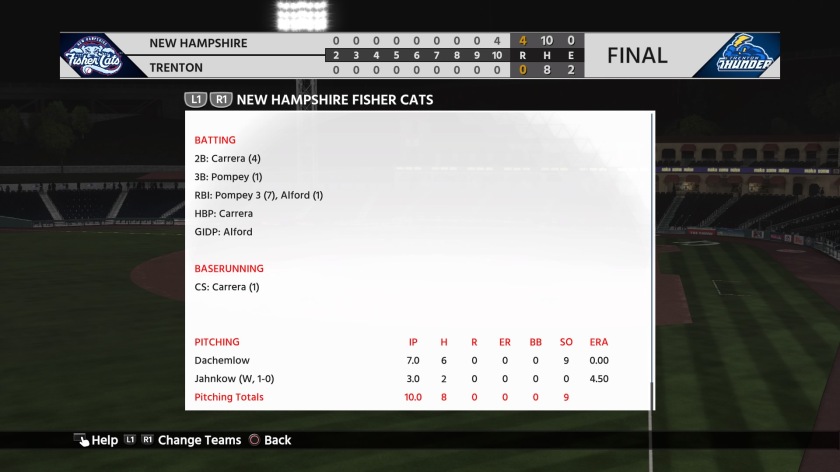 As his teammates collectively pick up their jaws, Zippy’s riding high on his impressive first outing. With a boost of confidence and a no one around to tell him otherwise, Dachemlow expects to be pitching for the big leagues in the very near future. But will Zippy hit any speed bumps on his “Road to the Show?” Tune in next time as we continue to live our BEST “Life Without a Fastball!”

If you dream of perfecting that windmill screwball pitch, you can pick up some tips by following Matt on Twitter