It’s the time to do some spring cleaning around here, so instead of screwing around on eBay, I decided to sell stuff I could live without to wierdos on Craigslist. I have all kinds of doubles to sell- motorcycle jackets, soundboards, Rae Carruth jerseys, so on and so forth.

I even used my March Madness winnings to buy a professional photo/video studio, so I used it to take some great photos of my wares. After an exhausting bout of listing every item individually with a little humor, I decided to go a little off the rails and list something….different.

I cleaned up a potato and gave it the complete Zoolander treatment. I took all sorts of glamour shots from different angles with different lightbox setups. I even got my particular model to perfect his own version of “Blue Steel”. It was a fun time for all.

Armed with my new beautiful potato head shots, I poured myself a stiff drink and listed my potato on sale in the “free” category. My listing is as follows: 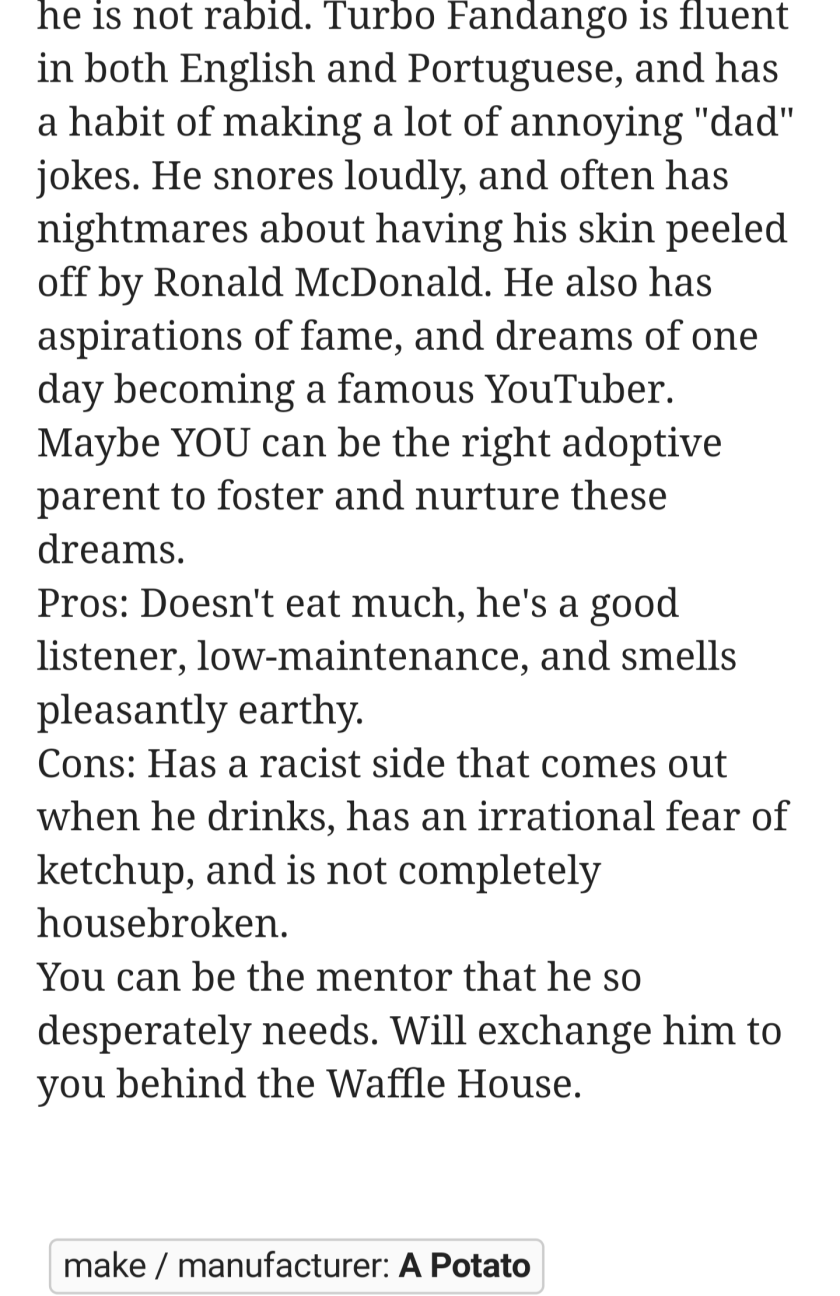 By the time I was done with all this potato pun fuckery, I had had a few drinks and was feeling pretty damn good. I posted my ad, and then shared it on social media. I was hoping to get at least a couple bites, but in under an hour, MY POST WAS FLAGGED FOR DELETION!

Why? Because you can’t sell pets on craigslist. The fucking robo-moderator could not tell the difference between cleverly-worded satire and some backwoods dipshit running a fucking puppy mill. I went to bed angry, infuriated since I had been warned by others that I would get banned. I slept on it.

I woke up the next morning and decided to take another path. I would take the route of flat-out extortion. I would sell my magic potato….for $750.00 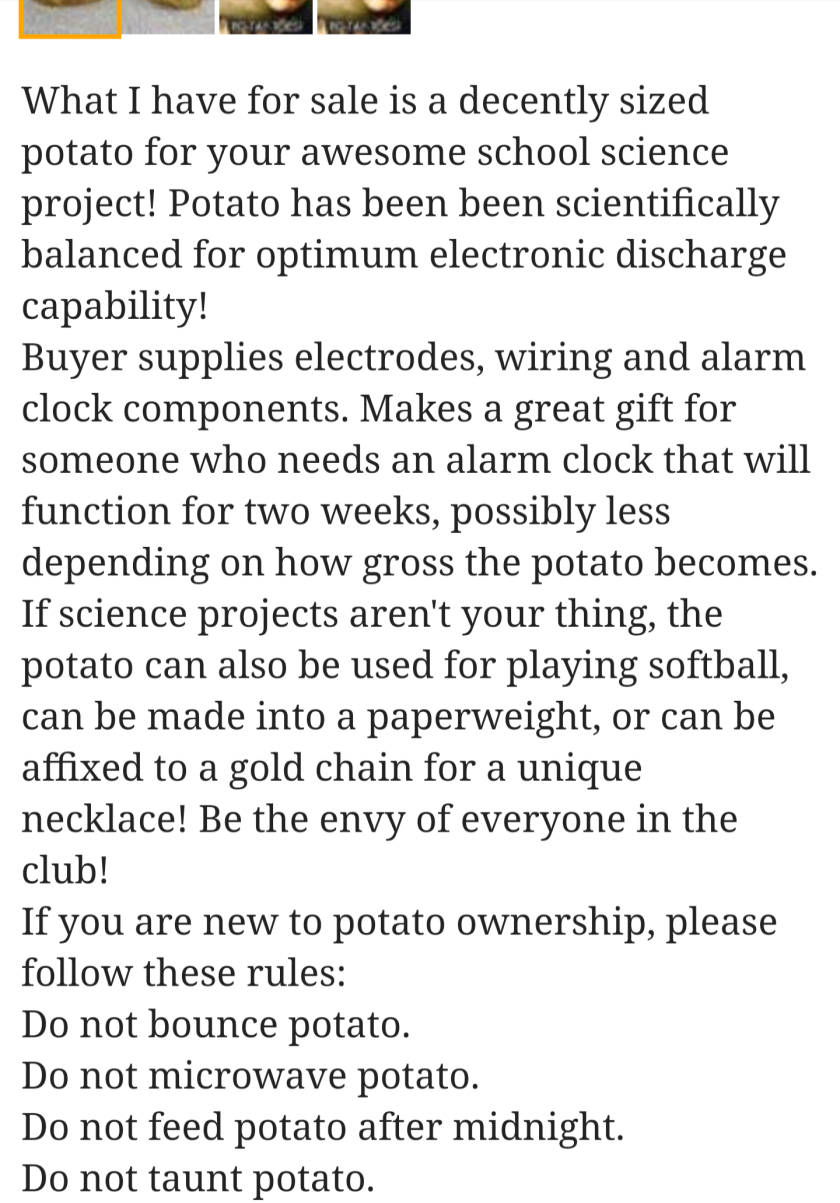 This version was left alone. They have no problem with this insane ad. Selling an inanimate object as a “pet” is against the rules, but selling a $0.15 potato for $750 bucks is perfectly A-O-K. My ad is still up and live, and it has been a couple days since it was posted. However, I have not heard a peep from any prospective buyers.

My email has been flagged and can’t post any more classifieds for the time being, but if you know anyone who wants to buy a Rae Carruth jersey, be sure to send them my way.