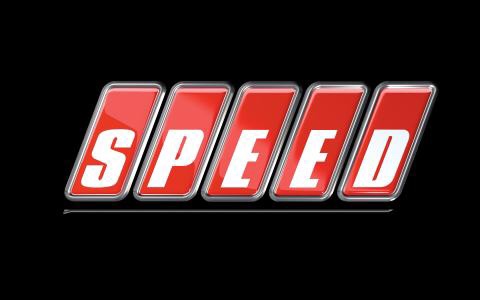 If there’s one thing fans love to do above all else, it’s waxing poetic about the good ol’ days. An increasingly popular musing regarding the motorsports days of yore revolves around the basic cable SPEED network from the 90s and 2000s. It was broadcasted under a few different names, the content varied a lot more than people think, and it ended rather unceremoniously, but most every race fan has a fuzzy memory about at least one thing produced on the channel. I’m going to try and explore what I liked most about the network, and maybe consider what it means that so many people have been calling for its return. But first, there’s no better place to start than the beginning.

I can make no promise that this look back will be encyclopedic in nature, and I won’t be able to cover nearly all the things I enjoyed, but I have an anecdotal knowledge that spans most of the network’s broadcast run. My first experience can be traced to sometime in the late 90s…probably around 1997 or so at 7-8 years old. Flipping through the basic cable lineup on the old fashioned cable box, channel 51 looked quite interesting. It was a black and white European sports car race from the 60s, with old British accents and fantastic looking old wide steel bodies that dominated racing back then. The channel’s commercials promised racing of all kinds: dirt, boat, swamp, Formula 1, historical works on all sorts of motorized crafts…this network had everything! For some reason, I also remember this being the same evening I tried bowtie pasta for the first time. This was clearly a big day for ol’ Matt. Channel 51 was going to be my favorite, and every waking moment would be spent soaking in every minute of the unique programming.

Before considering the most popular things the network was known for, it was the less widely known racing disciplines that kept me interested. Dirt track racing has never really found its foothold on television the way many of us would like, but SPEED often times made brave attempts to make it mainstream. I distinctly remember World of Outlaws racing shown live, and unless I was lied to, the television ratings then outperformed some IndyCar races shown still today on basic cable. Monster truck racing under the “Monster Jam” brand turned a pro-wrestling-esque sports entertainment concept into a real sporting event that still managed to keep its superhero charm.

(Super brief side note, another Monster Truck racing brand really did try to be like pro wrestling for a minute and even had a UPN special where they tried to make WWE soap opera drama and it sucked so hard…thank God for Monster Jam.)

Anyway, while my timeline is a bit off, Speedvision was the perfect blend of racing for motorsports junkies as you could wake up to the world famous Formula 1 and fall asleep to the old car movies they’d show after the Dirt Modified update show, it was a brilliant thing to behold. But like all things, the need for profitability outweighs the pure joy of the concept, and a more profitable design was soon introduced….

In 2001, Speedvision was purchased by Fox and became the SPEED network, adjusting a lot of their programming to Fox’s new commitment to NASCAR programming. While leaving behind a lot of the niche style racing shows, the new golden age of NASCAR at the time ushered in the facets of the network that most people remember. When asking fellow race fans about what they remember about SPEED, most people will think of the “Trackside” style shows that took place on location at the NASCAR Cup series tracks for race weekends.

While crowd-assisted programming can be a real drag depending on the subject matter, most NASCAR fans took this broadcast as a positive experience. Racing works best when it is “transparent,” so this sort of thing made a lot of sense. Studio NASCAR shows also thrived as panel programs with hosts like Allen Bestwick featured genuinely humorous racing personalities like Ken Schrader, Elliott Sadler, Jimmy Spencer and others. The “NASCAR Inside [Winston/Nextel etc] Cup” show was a personal favorite, as the trio of Johnny Benson, Ken Schrader, and Michael Waltrip added a very “real” element to reflecting on the previous day’s race. Networks these days seem to think race fans want bright colors and flashy graphics with widely recognized faces yammering on about silly season nonsense, but the tight and candid programming is all I ever hear former SPEED fans reflect positively about. Even the often milquetoast wiener boy Dave Despain gave the public a show (Wind Tunnel) that race fans still to this day rightly foam at the mouth for a rebirth. Okay, so the NASCAR programming was the flagship, but what the network did with the rest of the tv hours as the years ticked on haunts me still today…

It was a slow burn, but the girth of programming on SPEED was turning more towards the genre of reality TV. In the hours that were once spent showing mud buggy racing from Florida or a sprint car race at some non-descript Indiana dirt track, easy to produce reality content was beginning to creep into the fold. Some were entertaining or even fun, as PINKS gave a fresh look at street style drag racing in a controlled setting, or any of the car building shows hosted by Stacy David. But many others started to focus more on “personalities” than the cars or competitors long time viewers most wanted. Garage shows with horrible business models and forgettable owners, or even just reruns of MTV’s Pimp my Ride were getting air on prime time evenings, grinding the unique viewer base into a fine paste of boring simpletons that hadn’t yet realized that YouTube videos showing the same shit would soon replace their basic cable subscriptions. Race fans could tune in for a Truck Series race or find a new style show that suited their interests (Pass Time for me), but most of the “dream” of a racing channel was gone. The final death knell for my family came when my father and I were watching a car auction late one night, with the Barrett-Jackson auctions being one of the GOOD things still airing. In the corner was a little promo graphic showing the word “Wrecked” in bold lettering. My dad seemed so enthused, asking me if it was a racing car crash show akin to ESPN’s old “Thrills and Spills” from the turn of the century. Knowing the real meaning behind that graphic, I felt a pain not unlike he surely felt some 20 years ago when he had to tell me about Santa Claus, as I was compelled to give him the truth. I’m sorry dad, this wasn’t a new racing program…but a bullshit reality show about a Chicago area towing company with wild, tough talking midwesterners. It broke my heart then, and it breaks my heart to tell it again. This network was dead to me, and if it weren’t for the contracted race programming, it would have never graced my screen again.

When SPEED changed to Fox Sports 1, I didn’t get upset. Hell, I didn’t even miss it. Many race fans publicly complained about the change, but the amount of racing coverage actually went UP after the transition. I agree, it would be sweet to have a place on the television to watch every waking moment of practice, qualifying and races from multiple branches of Motorsport, but we didn’t even have that for very long. Attention spans change, the way we consume media has changed, and the niche network style of programming has been a casualty of the late 2010s. The elements we enjoy are still there on the Internet or on other sports networks, just spread around like grains of sand from an hourglass we can’t ever possibly repair. As with NASCAR racing itself, there’s nothing to go back to, as the universe moves ever forward whether we like it or not. If you miss those days as much as I do, try to figure out which part you enjoyed the most. Whether it’s a podcast, dirt racing subscription, or nostalgia channel on YouTube, it’s probably all out there waiting for you. Make some new memories, and give yourself something worth missing all over again.