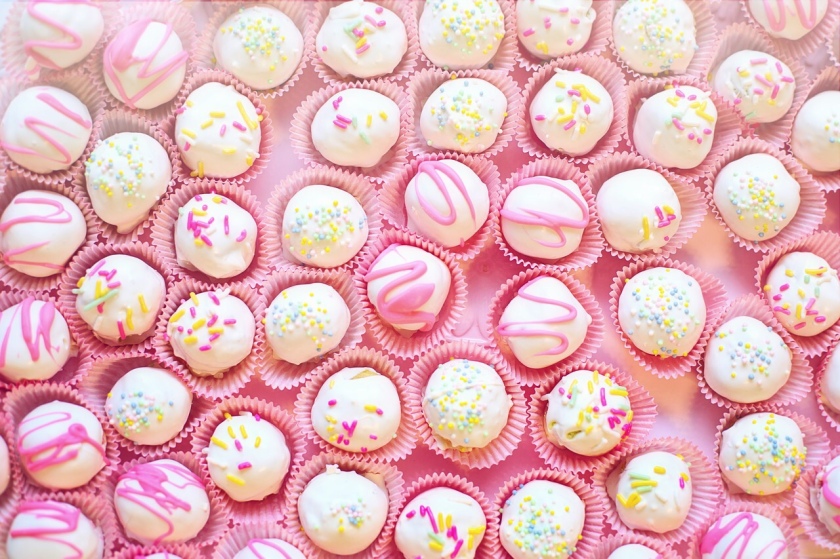 It’s so good to once again have you back in the friendly confines of the Smut Vault! This time around, we are digging deep once again and showcasing some writing from a “less traditional” avenue. In my talks with unpublished writers, one of the greatest deltas keeping them from making the leap to self-publishing is the idea that their work isn’t worth the exposure. Certainly, a lot of any writers work is going to be done only for self, and may never be seen by another human being, but how can we distinguish that from something that’s going to be shared with the world? Social media has helped a great deal with this, aiding new writers in that first step of feedback in a controlled environment. It’s a pipe dream, but maybe bloggers like us can represent that important next step in a writer’s development. Enough talking about me already, let’s get to showing off some new talent. Matt’s Smut Vault is taking a field trip to Tumblr!

Traditional Weddings and Little Toy Rings is by a Tumblr user who goes by many names, but for sake of simplicity and with her blessing, we’ll call her and the main character of the story “Laurie.” What’s interesting about this story is that it’s derived from a writing prompt. If you’re from twitter and have had contact with >1 writer on the platform, you’re certainly familiar with writing prompts. I only bring this up as it’s fascinating to realize that someone’s work can be derived from something so simple as having to use a specific quote or characteristic. Anyway, MC Laurie is lives just above her flower shop proprietorship, counting down the minutes until her anniversary date with her flaky boyfriend. Contrast to the boyfriend is the steady rock that helps Laurie through the good times and the bad, which comes from her neighbor across the hall, Dean. After a brief backstory, we come to know Dean as that perfect guy that would never ruin the friendship by attempting to take things to the next risky level. However after getting stood up by the so called boyfriend for what feels like the 59th time, Laurie could stand to mortgage some of that solid friendship with Dean for something different. After having the mother of all shitty nights, Dean comes over to Laurie’s place and offers a solution in the form of a day date tomorrow: that they should pose as an engaged couple and go on a wild wedding cake tasting tour. Armed with a phony engagement ring from one of those coin-op vending machines, it’s time to hit the town and forget all about the ex. Surely acting like you’re madly in love with your best friend, in public while drinking champagne won’t lead to anything risky or challenging to the relationship…they just want to have some fun.

The pacing and tone of the story is professional, against the context of its origin and hosting. I was surprised to see some backstory added in regards to Dean and Laurie, as stories of this kind are typically explained solely in present tense with a “matter of fact” tone. The little hint of history helps the dialogue sink in better when Dean finally comes to Laurie’s rescue. Their chemistry is cute as hell, and without that backstory, Dean probably would have come off as a controlling busy-body. The sexual energy is palpable, and the tasteful sex scene is welcomed and believable. What’s unfortunate however is the scale of romance to the length of story. The properties between setup, friendship, romance, and the HEA all require a slower burn than the context of the posted story could possibly allow. The sweet as sugar happy ending loses some of its luster not from the idea, but from the mere fact that I don’t know these characters well enough yet. The good news? There’s a skeleton here for a truly amazing slow burn romance, we just need to dig it out.

Verdict: Traditional Weddings and Little Toy Rings is a tight romantic tale that makes a bold attempt at slow burn love in a short story format. There’s a certain crispness to the presentation that shows the writer to have talent beyond the medium of a writing prompt response, and in many ways I can feel a professionally written story yearning to break out. The happy ending may come off as schoolgirl whimsy, but it’s still something we can appreciate as readers. What’s shared between Dean and Laurie is a kind of love we should be rooting for, and it’s embracing the friendship that’s required for any romantic endeavor. The next great slow burn romance story might be taking shape here, now let’s get cracking and make it a reality.

Special thanks to the story’s author for reaching out to TehBen.com for a review. All thoughts and opinions are my own.
Author’s Twitter: @CastieIsguuurl
Link to Story: Traditional Weddings and Little Toy Rings