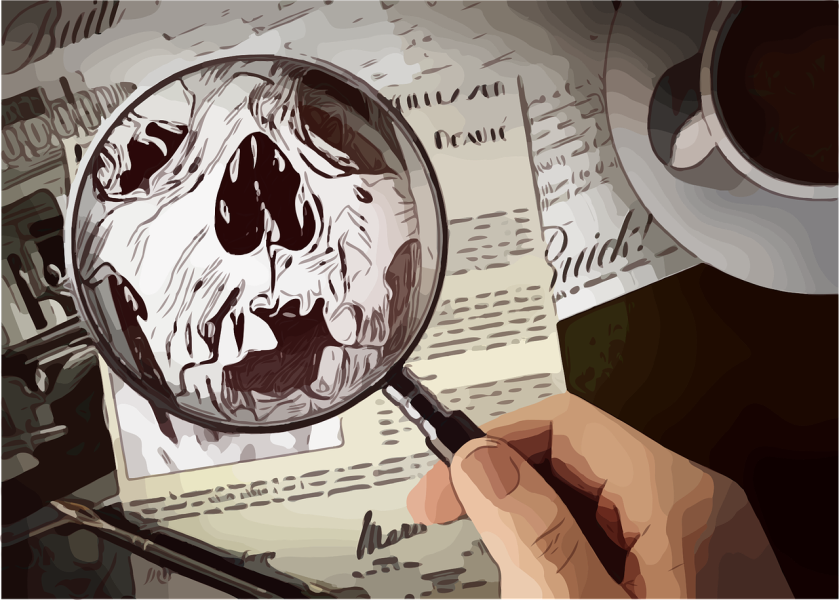 Welcome back to the Book Club! More science fiction is on the docket for this installment as the great Evan James Clark is back to share more of his wild ass universes and spunky characters that left our jaws on the floor when he shared a copy of Tigerfish with us a few months ago. For this go ‘round, the particular novel is rather ironically back from the dead, as a few key variables have finally allowed him the chance to share this story with the world. Did all the hard work and stick-to-itive effort pay off for another great sci-fi novel? Let’s head down to the seedy underworld and get a healthy dose of relevant commentary…with an equal dose of hilarious swear words to match. Sock it to me!

“Danny Capistrano had a favorite word, and that word was motherfucker.” The extraordinary first sentence of Paraiso Street by Evan James Clark sets the mood perfectly for the gritty sci-fi novel that follows the unique life of this former priest turned smuggler. It’s difficult to summarize the novel’s setting, but let’s go with “crazy” for a starting point. It turns out Danny’s not trafficking drugs or weapons, but rather souls into the underworld. Death isn’t so simple in this universe as the afterlife, hell, and all the other unknowns to us on this side of the looking glass are dirty, corrupt, and completely dangerous. Imagine the worst, most seedy interpretation of Tijuana, multiply it by ten, and that’s close to the level of grunge we’re dealing with here. Danny is the best soul smuggler in the area, known as a legendary coyote which gives him a lot of pull in his industry…and a lot of scorn from the countless tough customers that would love to eviscerate him. The smuggling business is going to shit, and soon it seems that the whole universe may be ready to implode under the fist of the approximations to god in this cursed existence. Danny can’t keep a girlfriend, everything down here is hot and sticky, and his estranged daughter no doubt hates even the mere notion of him. Sheesh, it’s no wonder ol’ Danny gave up the cloth for “liquor and blowjobs,” since there’s no room for prayer down in this world any longer.

With any full length novel, you’re looking for a good balance of setting, plot, and characters. The setting should be larger than life, the plot engaging, and the characters should be memorable and make you feel an emotion of some sort. Yes, this novel meets each of these expectations, but in a unique way. Right off the bat, the setting of Paraiso Street makes me clutch my pearls thinking of life without certain luxuries, but there’s also a high level of nerdy stuff to pore over in addition to all the grime. Danny, as well as his daughter Cali, are physicists, and a good chunk of their dialogue is spent dealing in their “smart people talk” about dimension shifting and reality manipulation. The lore and flavor text sounds credible coming out of their mouths, but for me it’s more about the characters themselves. Danny is a flawed asshole, and Cali is not only smart, but gives her family tree some credibility. Her quick thinking and tough attitude lend to the “strong female character” that stories like this need, but without that exploitative “total badass sexy chick” base alloy weighing us down. Each of the ensemble characters come with their own baggage and selfish motivations, and it all blends seamlessly within the novel’s plot.

To oversimplify: most of the story has to do with corporate as well as government oversight of the business of dead people crossing over into the afterlife. What’s important to note is that while there’s a clear commentary on current events in the reader’s universe, it’s a notion that you don’t have to engage with if you so choose. Naturally, when you have the subjects of corruption, border crossings, immigration and enforcement in a story, there’s going to be some parallels drawn to our world. What the author does however, is provide enough fantasy and escapism into the plot elements with gadgets and shape shifting so that you’re still going to be welcome in this world if you’re escaping your own. The reader can make the story as politically themed as they like, on their own terms. The author is reaching out to you for the conversation, but respects you for just wanting to get lost in a great story.

Verdict: Paraiso Street by Evan James Clark is yet another fascinating piece of science fiction that shows you don’t need space ships and aliens to have a great novel in this genre. With a gritty setting, intense plot (with some brutal violence by the way), and a whole box full of great characters, the novel is a complete meal for the reader to enjoy. Praise for this book should be given where it is due for providing the opportunity for social and political commentary with its parallels to problems inside our universe. But we also give it equal praise for giving us enough fantasy and fun to please that part of us that simply wants to kick back and get lost in this unforgettable atmosphere.

Special thanks to Evan James Clark for providing an advance copy of Paraiso Street to TehBen.com for review. All thoughts and opinions are my own.
Author’s Twitter: @evanjamesclark
Pre-Order/Purchase Link: Amazon