Some video games are nothing more than an indefinite loop, where the only method of “winning” is accomplished by besting your elusive high score. Other games revolve around a traditional linear story with a competent beginning, middle, and end. And then there are the few rare games that buck all traditional conventions of “normal” gaming and are based on two things: gigantic boobs and the occasional volleyball match. These three games are the Dead Or Alive Xtreme Volleyball series, in which you spend a week stuck on a gorgeous tropical island trying to beg spiteful women into joining your shitty volleyball team. The official dress code for all ladies are swimsuits that consists of nothing more than a couple silver dollars tied together with some strategically placed dental floss. The women on this island are also on a unique diet that renders their breasts completely immune to the forces of normal gravity, making their racks behave as if they are under constant gravitational pull from the moon.

The game is extremely challenging, random, and requires tons of grinding (and not that kind of grinding, creep). Once you pick a girl to play the game as, you arrive on Zack Island to compete against other ladies on the island in volleyball games to earn cash to spend on even more revealing swimsuits made of even less material. Trying to keep a partner interested in continuing to play alongside you is a enigmatic and mysterious scoring system more nebulous and confusing than the “YOU RAPPIN’..” score gauge from PaRappa The Rapper. Supposedly, you can gain favor by constantly showering your partner with character-specific gifts that they like, but that seems to rarely keep any of them interested in being on your “team” for more than half of a day. The only goal in the entire game is to collect all items and swimsuits for every playable character- which amounts to hundreds of hours of trying to get these unwilling parties to accept your humble gifts of quickly spoiling food, accessories and creepy hand-print pattern bikinis. Fun!

The first game in the series debuted on the original Xbox back in 2003, hot on the heels of the release of a “normal” DoA fighting game. Part one of the Xtreme series had the barest of basics: volleyball, pool float hopping and gambling. The graphics were stunning for the time and was one of the best “graphical achievement” games the Xbox had to offer. The girls also had cute minor catchphrases they would screech loudly during games and a screeching “Niceaspika!” was always quick to put a smile on my face. The whole game was adorable, except for the overwhelming feeling that deep down you were being mildly perverted.

Dead Or Alive Xtreme Volleyball 2 was the followup title released in 2006 for the Xbox 360. It was graphically unchanged from the first one, but on top of the three activities available in the first game, they added Wave Race knockoff racing, butt-jousting and a seven-story tall water slide. Most of these activities were a nice diversion to the fact you were trapped on an island with nothing to do other than play volleyball. The Ass-Joust was entertaining, but the comically enormous (and expensive) water slide is too fast and confusing to be enjoyable. As soon as your girl starts her adventure at the top, your character gets about ten feet down the slide and then immediately shoots off the side of the chute welcoming sweet death from a bone-crushing 70 foot fall (which isn’t very erotic at all).

I will admit that I have a weird endearing affinity for the series, but not for the reasons that 98% of you would ever suspect. I know that the game was specifically programmed to be played with one hand for an overly obvious reason, but that’s not my jam, yo. I like it for these other non-sexy aspects, even though to the casual reader I sound like I would totally be a “boobs and casual voyeurism” kinda guy.

I tend to tie specific moments in time to outside stimuli that I surround myself in at that particular time. Specific songs can take me back decades to vivid moments from my childhood in an instant. Movies and other media have the capability do the same as well, so if anything consumable is more than a year old, I’m always awash in nostalgia upon revisiting it. This game is no different to me than Alien Ant Farm’s album truANT, which is a magical time machine that instantly transports me back to my swingin’ ultradrunk twenties.

Long story short, I had all sorts of transportation problems back in 2003 which led to me having to make lots of 27 mile commutes (one way) to work in the wintertime on my trusty green motorcycle. Riding a cruiser bike on the highway in a snowstorm at 22 degrees for an hour at a time is a pretty miserable place to be. Being stuck in this awful situation, J.R. did the most genuinely kind thing he ever did in his lifetime and asked me to stay up at his apartment and he drove me to work in the mornings. It was one of the weirdest experiences I had in my secondary teenage years, but I can appreciate how much of an undertaking that was for him. The fact that J.R. had DoA Xtreme readily available was a big factor to me agreeing to this, and we happily played this brainless game nonstop for a month. We had so much enjoyment trying to get mountains of Zack money for brand new swimsuits while polishing off bottle after bottle of hard liquor. I vividly remember that winter being cold and miserable, but I was grateful to have a friend like him who was willing to run a daycare for an extremely pathetic adult for a whole month. It was a month-long drunken slumber party focused around a game that was basically Pokemon for titties.

Maybe this gracious act of uncharacteristic charity is the catalyst that fueled his future money embezzlement schemes? Nobody knows.

The music for the DoAX series is always upbeat and fun; albeit dorky music. There’s a special kind of magic that happens when you mix busty and bouncy volleyball games with some Reel Big Fish. Add a couple tracks of your own choosing from your HDD drive and make it an even more personally immersive experience. I recommend adding some Red Hot Chili Peppers and 311 tracks to the playlist to enhance the warm carefree summery vibe of the game. Every time I hear “Midnight” by the Chili Peppers, I am engrossed in the shadows of the forest of palm trees growing taller with each minute of the setting sun between volleyball hits.

…Or you could be a psychopath and add a totally fucked up playlist instead. For laughs I played beach volleyball for a few days with a soundtrack filled with nothing but Manowar and Cannibal Corpse, but it got annoying pretty quickly. So I took out the Dismembered Fetus tracks and put the B*witched back in heavy rotation again.

One thing I can always count on for the DoAX games to do is to transport me immediately to a tropical paradise. The sun sets in spectacular fashion against the horizon, the gentle sound of sea quietly laps up to shore, and you can almost feel the thick warm island breeze drift through the air. It’s like an hour long vacation away from the rigors of everyday life, and you can even choose to avoid volleyball the whole time you are on the island. Instead of focusing on keeping a fragile dynamic of a team together, you can spend the week lounging poolside, playing in the surf, or go swimming in the crystal clear ocean. It’s like getting a quick vacation without all those malaria vaccines and the jet lag.

And Of Course, The Gambling:

The gambling is the best part of the whole experience. The casino in the first game was the best of the three due to the video poker that utilized an important dynamic: High and Low. Get any win and you could double it based on guessing the high and low card drawn straight from the deck. This method allowed you to quickly amass $500,000 off of a crappy hand of Jacks or Better, and got you halfway towards a down payment on the skimpiest suit in the game. The casino also had normal staples like blackjack, roulette and slot machines. But some of the slot machines were shitty, and had one of the worst features conceived – the NEGATIVE JACKPOT.

Get three BOMB! in a row and lose -500 times your initial bet. I mean, the slots in Vegas aren’t much different in reality, but at least they don’t line up three skull symbols and get the privilege to withdraw money directly from your bank account. They do still manage achieve this endgame, they just do it verrry slooowly and with lots of entertaining bells and whistles throughout.

But, undoubtedly the best part of the casino experience was the delicious music.

It was one song, “Brazilian Sugar” on a nonstop loop. It really captures the feeling of being inside a smoke-filled casino with absolutely no idea of what time of day it is as you gamble away imaginary money (and time) away like a motherfucker. Just humming a couple of bars of this song is my secret code word for “Let’s just blow this shit and hit the hills”.

So why have a long essay about about a vapid and misogynistic game nobody has cared about for over a decade? Because some of us here in good ol’ Murica were disappointed that Tecmo decided to not share the next generation level of virtual breast jiggle physics with us. America is much different now than it was in 2006, and there is far more political correctness going on coupled with lots of social justice warrior-ing, so I can see why they made this choice. Japan has always been a little more grown up than us in the sexuality department, minus the occasional rogue tentacle. We are just too entrenched in our Puritanical Boning Directives to enjoy a naughty beach frolicking simulator for simply being what it is. Even if Tecmo released a skimpy all-male “Beefcake Banana Hammock Rugby” game as a counterpart for targeted to the ladies, that would erupt in a shitstorm of hate on the internet by the same groups for the exact same reasons. 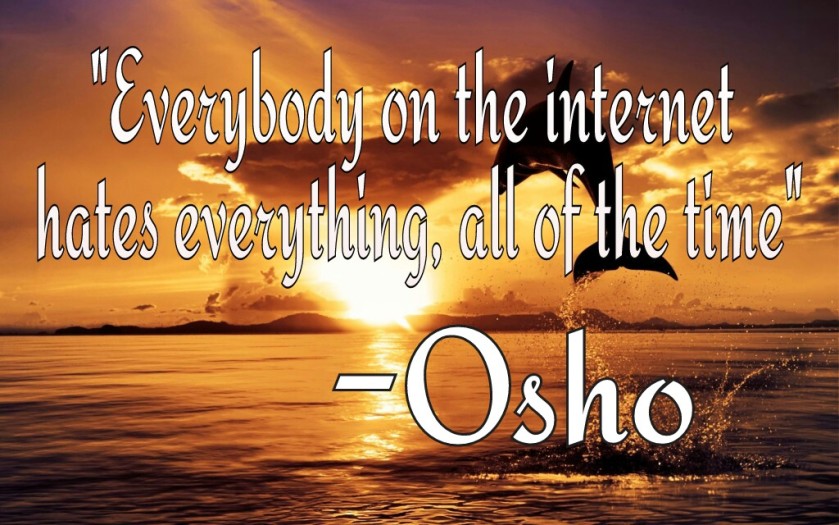 Reviews for this game have been of the shit sandwich variety, and with an import price tag of over $100 dollars, picking up a Chinese copy of Dead Or Alive Xtreme 3 feels like a risky gamble. The game has taken a few steps back in overall quality and without the licensed music it seems like it won’t be nearly as good as DoAX1 or 2. Even if they would offer the game as a digital download, I would still be wary of the typical $60 price tag if I’m unable to trade a physical copy back to GameStop for cash. But I remain hopeful that someday we will be able to all get along at a worldwide level, unifying regional and cultural tastes so that everyone that wants to could enjoy ogling bobbing virtual digital knockers for a reasonable cost.

I tried my best. Not all of us want this game for a deviant wanking festival.

Ayane threw your gift in the trash.