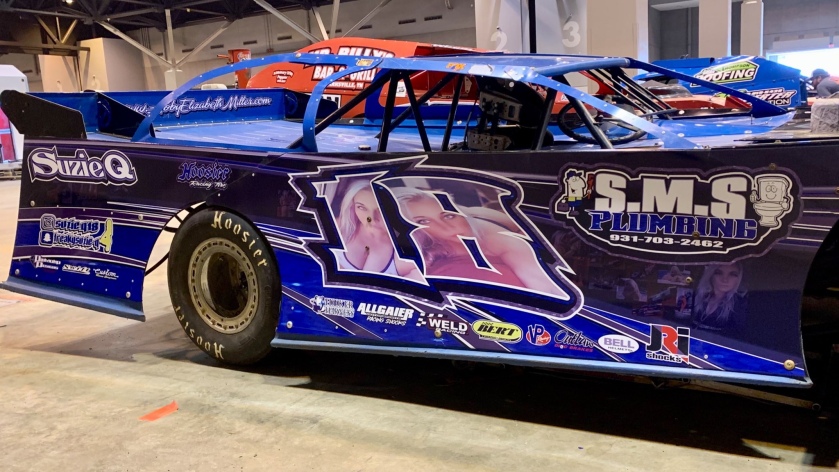 Auto Racing’s relationship with sex appeal has long been welcomed if not entirely understood. From the local tracks to the highest forms of professional motorsports there have been women in various stages of undress posing with race winners, promoting a product, or simply interacting with the fans on behalf of the speedway. What started as a flash of the fairer sex to help promote a historic masculine perception of the sport has slowly evolved into a series of uncomfortable, mostly unspoken questions to ask about ourselves and our traditions. Women more publicly hold positions of authority in the sport and of course show a greater presence on the racetrack and in the grandstands, and with that has come some degree of change. While the days of Benny Parsons getting tongue kissed by beautiful cigarette models two at a time may be behind us, there still exists a healthy brand of sex appeal that most everyone in the sport accepts if not encourages. In early 2022 however, a new controversy on the subject has begun to rear its head, and the matter has been shifted to the racers themselves. Just where do we draw the line to sex appeal in American stock car racing, and what’s going to happen once we draw that line in the sand? As always, try to keep an open mind and let’s take it from the top to try and understand what’s happening.

David Seibers is an unassuming dirt Super Late Model driver from Tennessee who competes at various tracks around the region in his own car, primarily sponsored by his own business interests. Seibers’ car was once the sort of race car that’s easy to get lost in a crowd. A man’s plumbing business to support his racing career is the backbone of American auto racing, but it doesn’t turn many heads. All that changed as the Seibers team took part in the indoor Gateway Dirt Nationals in St. Louis last December as the car showed up with a new look to embrace some new sponsors…

Suzanne Seibers, wife of driver David, helped to usher in a new style of sponsorship to the Seibers 18 car with two very unique brands. Suzanne herself explains, “We were talking with Abby Elizabeth Miller, our sponsor with Frisky Business, and she said she would pay for the sheet metal for the [Gateway] Dome race if she could have the driver’s side and the front. I put a twist on it and decided to put my stuff on the other side since I was doing the same thing as her.”

While the car, most particularly the car number, was inset with pictures of both women in bikinis, the sponsors themselves are brands that feature adult content. Seibers’ own brand in particular, where Suzanne becomes known as Suzie Q, features a subscription-based service for hard- and soft-core adult content. To be clear, no such direct content exists on the car, and her side of the sheet metal features only social media contacts, not direct links to adult sites. “This car was nationally televised in December. There were kids everywhere and I even took pictures with some besides my side of the car as well as [Abby Elizabeth Miller]. We’re not naked on the car and I made sure the pictures were as PG rated as possible because I’m the one that does the wrap.”

While eyebrow raising, Seibers competed in the Gateway Dirt Nationals without issue, and was looking forward to starting the 2022 race season on a high note with a new full season deal featuring the Suzie Q business as well as Frisky Motorsports. Entered into February’s “Winterfest” event at Duck River Raceway Park in Tennessee, Seibers was expected to compete in the Super Late Model class, and had already paid pre-entry for the event. Suzanne continues, “after we paid, I sent a picture of the car and Duck River posted it on their Facebook page.” Soon after, a demand was made by the track to modify the car numbers. “After asking a question about driver intros [David] got a message that he had to duct tape the number on both sides of the car, or he couldn’t race. They said they were trying to keep it kid friendly and they didn’t see the numbers as appropriate. Our sponsor and I pay for advertisements so you just can’t tape up something that’s being paid for.” Rather than alter the number, the team was withdrawn from the upcoming event.

While Duck River, which has made statements on its Facebook page that new ownership is looking to promote a family atmosphere, has the right to do whatever they please in regard to their racing program, is this setting a new line in the sand for auto racing? What is the appropriate time to display a bikini clad woman at a racing facility? Is it only to benefit the promoter and not the race teams themselves? For all the controversy, Suzanne Seibers hasn’t been one to back down from what she feels is fair. “I’m just sad about all the people out there who are butthurt over some photos, the kind you can find anywhere you go out there. I’m just a racing wife and mom who is making extra money to support the racing that my husband and son love to do…you have some that love it and some that hate it, but I’ve found most have no issue with the car at all.”

Duck River has the freedom to be as clean cut and family friendly as they damn well please, and with new ownership it’s going to become quickly apparent whether they stand behind this decision. As a cynic and dirt racing fan for 30 years I find it hard to believe that Duck River will never have a good-looking underdressed woman standing in victory lane, nor a brand ambassador wearing a logo proofed body suit that leaves little to the imagination. If they end up as the Ned Flanders Motor Speedway, with all track ambassadors in nothing short of a smart business blazer, then so be it. But that leaves the rest of us to figure out just how much sexuality is too much on race day. Even without the numbers, the sponsors still would be there, and anyone with a curiosity can quickly find the content the promoters seem so interested in keeping off its track. Tracks just like Duck River across the country like to champion a freedom of expression in their business model. With a chest puffed out most tracks are willing to take the heat (and the attention) for what’s controversial to those at and away from the speedway. Straight up, bottom line, I would bet every dime to my name that a car with the confederate flag will compete in this weekend’s Winterfest at Duck River, and maybe we just leave it at that.

The David Seibers Frisky Motorsports car is next preparing to race at the “Toilet Bowl” race at Clarksville Speedway in March.