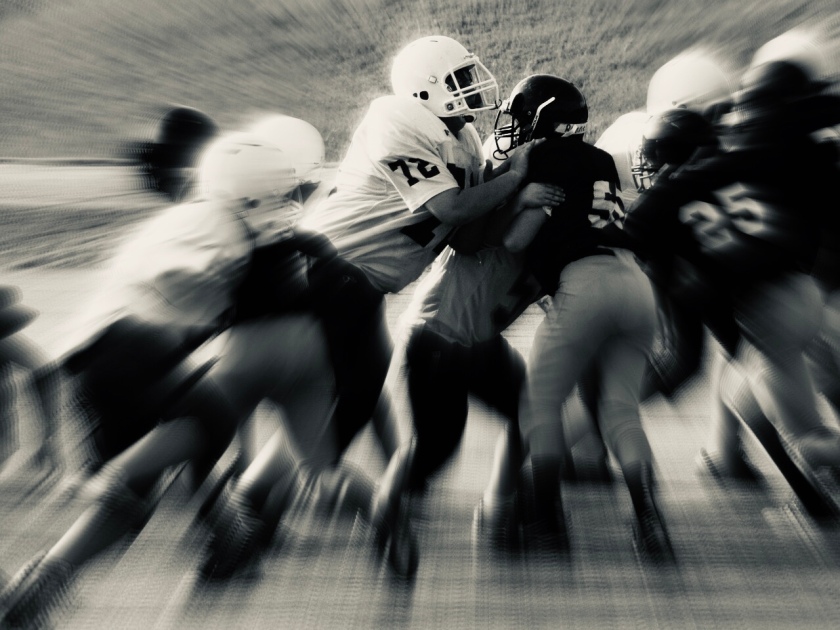 Believe it or not, football season is almost upon us once again! The sport of the ol’ pigskin has a special place here at TehBen.com, and we’re excited to talk more about one of our favorite sports as the weeks edge closer and closer to kickoff. In the meantime, the Book Club has a unique opportunity to mashup another one of our passions: Romantic Fiction! While we surely hope we’re not flying too close to the sun with this pleasure overload, it’s exciting to see two of our loves coming together…(so to speak). Anyway, let’s break out the ol’ play book and see what a new author has to show us in their Book Club debut. All my rowdy friends are ready for some respectful, professional literature discussion. Book Club on three….Ready, BREAK!

Sidelined by Suzanne Baltsar introduces Charlotte “Charlie” Gibb, the daughter of a legendary Georgia Tech football coach, and a great former player in her own right. After a successful college career and trip through the Independent Women’s Football League (the real deal – a tackle football league for women, check them out), Charlie is looking to break from her father’s shadow and coach on her own accolades. Any school would kill for male coach with this kind of resume, but the unfortunate brand of sexism that plagues football means that she’ll have to prove herself in a much smaller market. Taking the head coaching job at a struggling Minnesota high school, Charlie ends up turning heads in both good and bad ways. One of these bad ways as you might expect, lies with the other members of the coaching staff. Connor McGuire, Offensive Coordinator for “The Otters” was seemingly a sure thing for the new head coach opening, but alas Charlie won the gig much to his chagrin. Connor, by his own admission, isn’t sexist out in the real world, he’s fine with the ladies getting the vote and all, but football?! There’s just no way this is going to work. How can high school boys possibly be coached by a woman with such…feminine features? Clearly it’s going to be a rough season, but who’s going be the one to crack first?

From the outset, the novel is equal parts hard hitting sports fiction, and slow burn romance, and I mean a VERY slow burn, mind you. Charlie’s coaching style is tough as nails, and rightfully so. If she’s going to succeed in a “man’s world” like big time football, there’s no room for her to take any guff. Getting the coaching staff, players, but most importantly Connor on side is no easy task, and some pleases and thank-you’s from a pretty face aren’t going to cut it here. In classic sports movie fashion Charlie’s team starts to come together, and the former laughing stock of a school enters the state playoff discussion. With a healthy amount of football jargon and high intensity moments, the sporting elements of the novel are worth the price of admission alone. But at its core, this is still a romance novel.

As the season progresses, Charlie and Connor develop a relationship from enemies, frenemies, strong co-workers, to finally being lovers. What starts with Charlie frankly bullying the hard-headed Connor into submission, both characters develop quite nicely when things settle down. Connor learns that gender is a non-factor when it comes to football knowledge, and Charlie learns that there’s more to Connor than meets the eye. Some of the better non-football elements of the novel are with the mutual friends the pair hangout with between games. The proceedings have the feel of the very best parts of a good Hallmark Channel film, without the cheesy predictability weighing it down. Neither the football or the romance elements play out exactly the way you might think, despite the objective happy ending that finally graces the characters at the novel’s conclusion. Despite the unique setting and character elements, the story plays out in a satisfying fashion with solid developments and exciting moments to case around the football team and the romantic partners alike.

Verdict: Sidelined by Suzanne Baltsar is an addictive sports/romance novel that shares equal parts of each element to produce a satisfyingly complete story. The author knows football, and the story makes no compromise even though enjoyment won’t require the reader having a full understanding of the ol’ game of pigskin. Within these pages, there’s indeed something for everyone. I suppose the only real problem with the story is how much it still feels like fiction. It’s high time something of this nature goes into mainstream practice in the real world. Well…the coaching part of it I mean. Dating your subordinate, let’s try to keep that part solely in the world of this wonderful piece of fiction.

Special thanks to Gallery Books for supplying a review copy of Sidelined to TehBen.com. All thoughts and opinions are my own.
Publisher’s Website: Gallery Books Group
Author’s Twitter: @SuzMWrites
Pre-order/Purchase Link: Amazon (Release Date August 27th, 2019)