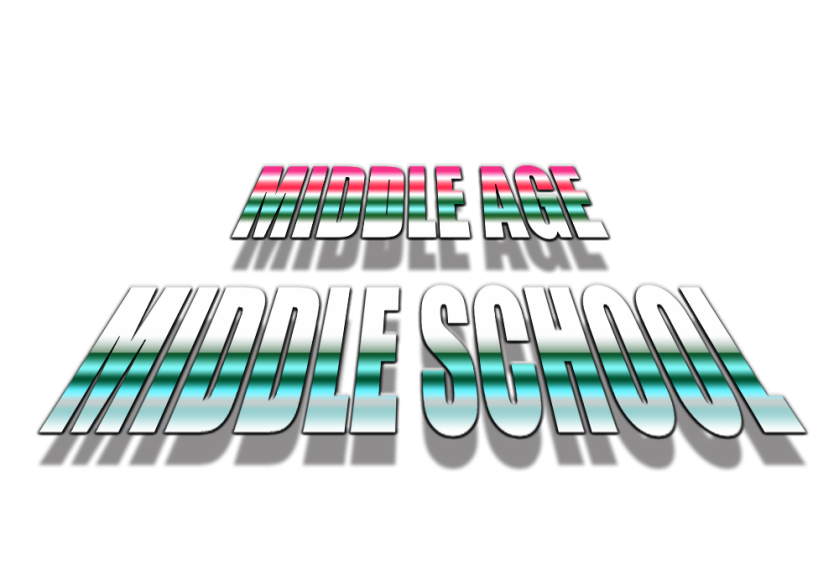 Middle Age Middle School has almost become an institution as it nears twenty episodes. Each episode has a semi-competent topic branch, a unique fake commercial, and is created, produced, and distributed for free to anyone who’s got an extra hour of time to kill and has a playback device with some spare storage space.

But WHO the hell are these guys, anyway? We thought we would sit down and interview all three of the hosts of this entertainment juggernaut. Enjoy getting to know the men behind the golden pipes (okay, more like “crappy aluminum pipes”). 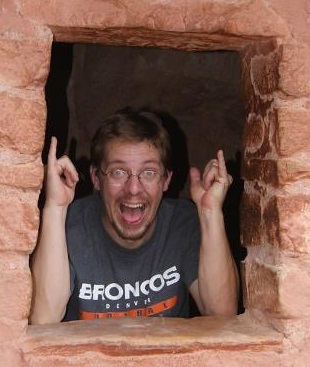 Nate is a family oriented man who focuses most of his time taking care of his kids and competing with his oldest son in the realm of MMORPGS. He’s an avid old-school gamer who follows 311 across the country the same ways that hippies would follow the Grateful Dead. Nate Dog is well versed in all things electronic and has an affection for all things Nintendo

TB.COM– Hey there, buttercup! What are your favorite podcasts to listen to?

Nate Dog: I really don’t follow any podcasts other than Middle Age Middle School. It keeps me fresh and it keeps me far out of the realm of plagiarizing anybody.

TB.COM– You guys are deeply entrenched in the realm of pop culture of days past. What are your favorite movies?

Nate Dog: In no particular order, Monty Python and the Holy Grail, Back to the Future Trilogy, Indiana Jones TRILOGY, Star Wars, and all those Muppet fantasy movies like The Dark Crystal and Labyrinth.

Nate Dog: The Mega Man series, the Zelda series (especially A Link to the Past), and X-COM.

TB.COM: Do you listen to any terrestrial-based talk radio shows? You know, the old-school version of podcasting?

TB.COM: What made you want to pick up podcasting?

Nate Dog: It seemed like the adult version of recording yourself talking into cassette tapes as a kid, even though you didn’t need to play them back at high speed to be funny… And I also had a pretty good friend that highly recommended it and sold it as a pretty easy gig, just sit back, drink booze and shoot the shit.

Nate Dog: The best part is definitely the unpredictability. While we have a general idea of the topic we are going to be covering, but you never know where it is going to end up. Hopefully we keep things interesting enough to keep listeners hanging on to hear whatever happens next. I like those hidden gems that spill out of your mouth that you don’t catch until you go back and listen to the raw audio again, and laugh your ass off.

TB.COM: Do You have any superstitious activities you do before recording?

Nate Dog: I always do the Truffle Shuffle…but no, I don’t have any routines I do for superstitious reasons. Unless you consider drinking a superstitious activity.

Nate Dog: I hope everyone enjoys our little podcast as much as I enjoy taping it, but if they don’t that’s too bad because these episodes are still going to be out there. Middle Age Middle School is an acquired taste, so keep listening and hopefully you can get past our shortcomings and begin to appreciate all the effort we are putting forth. 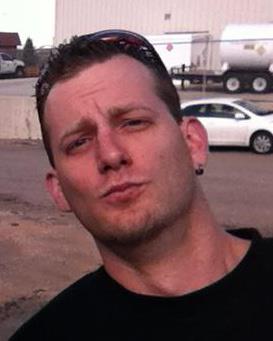 Teh Ben is an aspiring artist in the realms of painting, artwork, music, web design and audio recording. He’s toured as a musician for years in the Denver area, but these days has stopped spraying crowds with blood to focus most of his free time on parenting. He writes articles for his website and also freelances on groovey.tv when he has a spare moment. Always an adventurer, he shuns public events like the Crypt Keeper and is dedicated to partaking in extreme sports in the summer.

TB.COM: What’s up, Butt Nut? What are your favorite podcasts to listen to?

Teh Ben: I have a few in weekly rotation that always improve my weekly commute. I love the Cracked Podcast, Edumacation, The Internet! With Scott the Poolboy and the Purple Stuff Podcast. I used to love Joe Rogan, but three and a half hour podcasts are absolute overkill for someone with my crappy attention span.

TB.COM: You guys love entertainment to a fault. What are your favorite 3 movies?

TB.COM: Do you listen to any terrestrial-based talk radio shows? You know, the old-school version of podcasting?

Teh Ben: I’ve really devolved into a digital-only kind of individual, I really haven’t listened to any real radio since I had an old Saturn that only had an FM receiver in it. I guess the only thing I miss about those days are listening to Mike Evans’ Hollywood News on 103.5 KRFX. I love Aloha Fridays.

TB.COM: What made you decide to get into podcasting?

Teh Ben: I listened to Smodcast a lot, and one of those episodes led to Kevin Smith scripting, filming and releasing the movie Tusk. From that point on, Kevin’s turned into a guy who preaches that you should always be in the process of creating something, even if nobody else gives a shit. I had already run the gauntlet of the music scene for so long that it had lost a lot of its charm. I thought podcasting could be a possibility, and after listening to a movie be conceived, written and made on one of these things, I thought “Why the hell not?”. It was that, and also seeing my buddy Scottington (The Internet! With Scott The Poolboy) publishing podcasts of his own made it seem like a goal that was actually attainable.

Teh Ben: I love scripting and mixing down the commercials. Some work better than others, but when I’ve got 20 different running tracks of things going on and I manage to condense everything into a two minute long joke, it’s pure magic. To see something scrawled on a paper full of scratches, white out and tons of little margin notes materialize into something that keeps me laughing after several re-adjustments is pretty amazing.

TB.COM: Do you have any superstitions that you adhere to before recording episodes?

Teh Ben: Absolutely. I always try to listen to Quarashi’s Mr. Jinx at least one time before hitting the record button. I will also listen to a couple other songs during the extremely drawn-out editing process to keep me going through all that frustration. That’s one thing that drives me crazy; while doing artwork or writing articles, I love listening to music during the process. You can’t do that at all when you are editing sound. It’s like being trapped in a cave listening to yourself trip over words for hours at a time.

TB.COM: Do you have any other parting words?

Teh Ben: I appreciate all of our listeners and fans. You guys make all this hard work worthwhile. I’ve said this before, but being able to be a part of your weekly routine is nothing short of a blessing. Thank you. 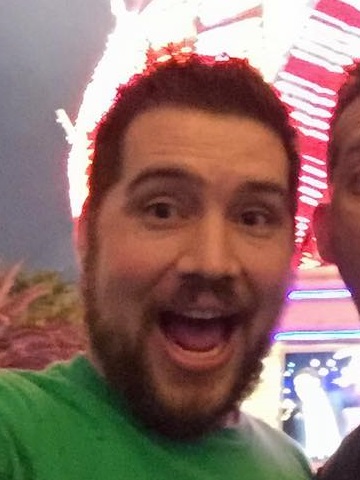 Pat Daddy is another family-oriented guy who excels in retail by being an instantly likable outgoing guy. He is able to adapt easily to situations and has been known to make entire groups of strangers laugh uncontrollably at the roulette tables in Vegas. A blistering guitar player, Pat is always looking to create the next big band to tour the bars in Denver. Pat and Teh Ben worked together to write the intro music (29th of Where) used in this podcast.

TB.COM: What’s up, Pokemon? What are your favorite podcasts to listen to?

Pat Daddy: I used to listen to a couple sports-themed podcasts, but lately I haven’t really listened to anything other than Middle Age Middle School episodes, mostly to find out what got cut out in post-production.

TB.COM: You guys focus on games, movies and music a lot. What are your favorite three movies?

Pat Daddy: Number one is definitely The Prestige, number two is The Empire Strikes Back and the third best movie ever made is Back to the Future.

Pat Daddy: The best is definitely The Beatles’ Abbey Road, followed by Metallica’s ..and Justice For All and New Found Glory – Sticks and Stones rounding out the top three.

Pat Daddy: 1) The Bioshock series, 2) the Resident Evil series, and 3)the Civilization series.

TB.COM: What made you decide to get into podcasting?

Pat Daddy: Firstly, we made a blood pact on creating the podcast during a terrifying drive to Las Vegas via the Alaskan tundra. During this drive, I was convinced we were going to die so agreeing to create this wasn’t all that big of a deal in the grand scheme of the universe. I thought it would be fun to bring ideas and topics to the table to make people laugh. Combining these idiotic ideas with idiot friends always ends up being a great time. Plus, I was definitely in it for the erections. Lots of erections.

Pat Daddy: Going and getting breakfast burritos at Twisters every time I go to Lakewood.

TB.COM: Do you have any superstition-based activity you do before starting?

Pat Daddy: Going and getting breakfast burritos at Twisters every time I go to Lakewood

Pat Daddy: I love having a hobby where I get a chance to hang out with my best friend in total isolation and talk about funny memories from the past. Unfortunately this ends up being a lot of gibberish that is only funny to both of us, so hopefully everyone gives us the benefit of the doubt and attempts to understand the humor by applying our experiences to their own. Hopefully, they throw in a couple erections, too.