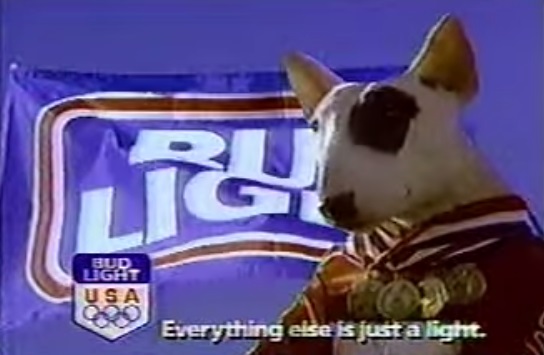 After watching countless hours of enjoying funny video game reviews and watching PewDiePie play Happy Wheels for 320 hours straight, YouTube eventually suggested that I watch a 4-hour block of commercials from the 80’s. This seemed really stupid to me at first, because I am notoriously well-known this day and age for muting commercials and skipping ads the millisecond I am given the opportunity to do so. But I had a drink or two (or twelve) in me and decided to throw caution to the wind and watch this massive compilation video anyways.

What this ended up being was a wonderful instantaneous time machine that transported me to the simpler and more innocent time of my youth. A wonderful moment in history when we enjoyed our Saturdays as a sugar-filled four hour block of the finest animation that was only interrupted every six minutes for four minutes of shilling the newest toys, food products and most creative formulations of Summer’s Eve.  As I watched, overcome with nostalgia, I started to notice a couple of running  themes that you can only really piece together while watching for four hours straight, and not being interrupted by anything resembling actual entertainment.

In between episodes of M.A.S.K. and Dungeons and Dragons, most of the time a commercial break involved getting up and pouring the other half of the box of Cocoa Puffs in the punch bowl you were eating out of. None of these commercials were anything that demanded your full attention, yet somehow, the mind-soaking ability of these ads had to be partially funded by a government experiment. Just seeing a couple guys grabbing a set of skis, you automatically start belting out “JUICY FRUIT, IT’S GONNA MOVE YA, CHEWS SO SOFT, IT GETS RIGHT TO YA!”, twenty five years after it was taken off the air. I can never recall ever actually watching half of these things, but I can recite damn near every jingle for Clorox 2 to T.J. Maxx, with almost all of them being products that any normally-adjusted 10 year old should give precisely zero shits about.

After a few strange references to the 50’s in a couple different Spaghetti-O’s knockoff spots, I started to notice that almost four out of five commercials either had 50’s styled actors, themes or music. I don’t know the reasoning for this direction because the target demographic was born in the late seventies and the only thing from that era that was worth holding onto was Olivia Newton-John.  It just seemed like a crazy budget choice to film on set designs from thirty years previous, instead of just filming in the current time period to sell us $0.40 candy bars using shitty synth music and gigantic hair.

A lot of the Saturday morning cartoons were centered on selling crappy food to impressionable youth. Most of this was sugar coated sugar disguised as “cereal” that was an “important part of a balanced breakfast” that complemented a glass of milk, a glass of orange juice, two pieces of toast, two eggs and some ham. We never paid a whole lot of attention to that part, and I was famous for substituting Mountain Dew for milk in my Frosted Flakes and bouncing around the house like a rabbit with a bloodstream coated in crack for most of my childhood.

But they did do some pretty horrific experiments with food that bordered somewhere between “disgusting” and “not sure if food”. Because where are you going to peddle barely edible foodstuffs, you better start with stupid-ass kids. And we loved reveling in every chemical-coated disgusting bite.

There are a lot of local car dealership commercials embedded in all of these ads for McDonald’s and C-3PO Underoos. It is a shock to see a sparkling new 1984 Honda Civic shining in all its unsexy boxy glory surrounded by large groups of supermodels. The last time I saw one of those cars in real life, it was covered from roof to floorboards in rust and the muffler dragged along the road. I guess now we have the gift of hindsight to see what 30 years of normal wear and tear have on vehicles, but it’s funny to see what these cars looked like when they were the brand new hot shit.

… And the prices? That’s a pretty big shocker as well -a new Hyundai would set you back $4,500.00 and a brand new Toyota would set you back $5,195.00. You could get the same model on craigslist today for 200 bucks, but I think it’s pretty awesome that back then you could buy a car off the showroom for the price of a used motorcycle today. Other retailers displayed prices with the ads, as a meal at Red Lobster would jokingly set you back 7 dollars in 1982, as opposed as today’s Red Lobster prices which are closer to a down payment on an apartment rental.

The other kinds of commercials that would air during after school in between cartoon blocks were cheaply made advertisements for 900 numbers which was promoted as a direct line between your favorite musicians, cartoon characters, and mythical creatures. These were billed directly to your phone bill at 5 dollars the first minute, and 2 dollars a minute after that. It was the timeshare scam of the 80’s, and I unfortunately ended up being the victim to these schemes.

I remember finally giving into the pressure the day they advertised a fan line for the New Kids On The Block. I thought that getting an opportunity to talk directly to them and tell them how much they sucked was totally worth 5 bucks. I called the number and listened to a terrible recording that explained the best way to get more NKOTB merchandise from a long list of different stores. There was no human interaction at all, and I found out first-hand that this was a total rip-off.

But as I hung up the phone, I realized that I wasn’t instantaneously in trouble. They had not charged me personally any money and the cash in my piggy bank was still there. I had managed to totally beat the system! So from that point I started looking for these ads so I could “talk” to He-Man, the Easter Bunny, My Little Pony and Pete Rose. I made sure to listen to the whole ½ hour message each number had to offer, reveling in the fact that nothing bad was happening to me, and I had beat the system and absolutely nothing was getting charged to the phone bill.

….Until a month later, of course when my parents got the phone bill and absolutely flipped the fuck out. I tried to plead ignorance but they knew better than that, and I spent two summers in a slave labor camp slowly paying it off. In retrospect, I wished I had discovered these things closer to the end of the billing cycle so I would have gotten caught earlier before racking up an embarrassingly high bill because I felt a passionate need to listen to a recording of Jem And The Holograms drone on and on about their favorite shopping malls.

Even as a child I thought these commercials were the shit back in 1986, and guess what? They still are.

Picture a board room filled with people dressed in obnoxiously neon-colored leisure suits, all of them surrounding a heaping mountain of cocaine…

“I’ve got it! The best way to sell an ass-ton of peanut butter would be to have the Oak Ridge Boys write us a sexy and smoky jingle, and then we would have the pirate from all those Captain Morgan’s bottles chase a jar of peanut butter around a classroom! “

“THAT’S IT! After we film and broadcast this BRILLIANT idea, I can make a finally build a Ferrari out of coke!”

….and that pretty much sums up all board meetings that were used to brainstorm ideas for advertising in the 80’s. It was a great era to be a kid in.